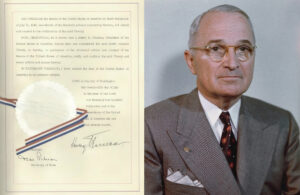 Formed in 1949 with the signing of the Washington Treaty, NATO is a security alliance of 30 countries from North America and Europe. NATO’s fundamental goal is to safeguard the Allies’ freedom and security by political and military means. NATO remains the principal security instrument of the transatlantic community and expression of its common democratic values. It is the practical means through which the security of North America and Europe are permanently tied together. NATO enlargement has furthered the U.S. goal of a Europe whole, free, and at peace.

Article 5 of the Washington Treaty — that an attack against one Ally is an attack against all — is at the core of the Alliance, a promise of collective defense. Article 4 of the treaty ensures consultations among Allies on security matters of common interest, which have expanded from a narrowly defined Soviet threat to the critical mission in Afghanistan, as well as peacekeeping in Kosovo and new threats to security such as cyber attacks, and global threats such as terrorism and piracy that affect the Alliance and its global network of partners.

In addition to its traditional role in the territorial defense of Allied nations, NATO leads the UN-mandated International Security Assistance Force (ISAF) in Afghanistan and has ongoing missions in the Balkans and the Mediterranean; it also conducts extensive training exercises and offers security support to partners around the globe, including the European Union in particular but also the United Nations and the African Union. 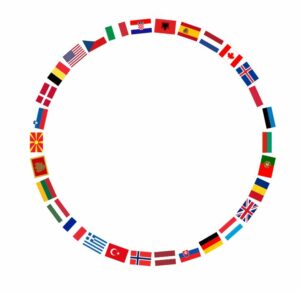 The NATO Alliance consists of 30 member states from North America and Europe. Article Five of the treaty states that if an armed attack occurs against one of the member states, it should be considered an attack against all members, and other members shall assist the attacked member, with armed forces if necessary.

Over the past two decades, the Alliance has developed a network of structured partnerships with countries from the Euro-Atlantic area, the Mediterranean and the Gulf region, as well as individual relationships with other partners across the globe. NATO pursues dialogue and practical cooperation with many partner countries and engages actively with other international actors and organisations on a wide range of political and security-related issues.

NATO is comprised of two main parts, the political and military components. NATO Headquarters is where representatives from all the member states come together to make decisions on a consensus basis. It also offers a venue for dialogue and cooperation between partner countries and NATO member countries, enabling them to work together in their efforts to bring about peace and stability.The key elements of NATO’s military organisation are the Military Committee, composed of the Chiefs of Defence of NATO member countries, its executive body, the International Military Staff, and the military Command Structure (distinct from the Force Structure), which is composed of Allied Command Operations and Allied Command Transformation, headed respectively by the Supreme Allied Commander Europe (SACEUR) and the Supreme Allied Commander, Transformation (SACT). 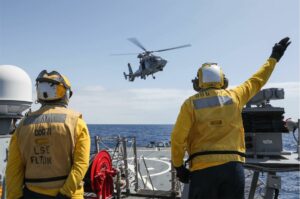 The primary role of Alliance military forces is to protect peace and to guarantee the territorial integrity, political independence and security of the member states. Alliance forces must be able to deter and defend effectively. The Alliance remains subject to a wide variety of military and non-military risks that are multi-directional and often difficult to predict.

A NATO Military Exercise is scheduled by a NATO Commander. It aims to establish, enhance and display NATO’s Military Capability across the Alliance’s full mission spectrum which is based on the three Alliance military missions:

NATO is an active and leading contributor to peace and security on the international stage. It promotes democratic values and is committed to the peaceful resolution of disputes. However, if diplomatic efforts fail, it has the military capacity needed to undertake crisis-management operations, alone or in cooperation with other countries and international organisations. Through its crisis-management operations, the Alliance demonstrates both its willingness to act as a positive force for change and its capacity to meet the security challenges of the 21st century. 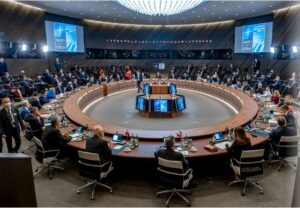 Foreign Ministers Meetings and Defense Ministers Meetings provide an opportunity for NATO Allies to address many of NATO’s most pressing security challenges at the some of the highest levels of government. Key strategic issues discussed at these meetings have included Afghanistan, Capabilities, Kosovo, and Missile Defense. Generally attended also by many of NATO’s partners, these meetings are a chance for NATO to strengthen its relationships around the world. 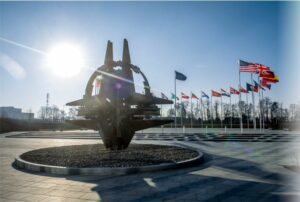 As a political and military alliance, what we do together at NATO directly contributes to the security, the prosperity, and liberty of the people of the United States and every Ally.Our NATO links are solid, forged over 70 years of history. NATO promotes democratic values and encourages consultation and cooperation on defense and security issues to build trust and, in the long run, prevent conflict. NATO is committed to the peaceful resolution of disputes. If diplomatic efforts fail, it has the military capacity needed to undertake crisis-management operations. These are carried out under Article 5 of the Washington Treaty — NATO’s founding treaty — or under a UN mandate, alone or in cooperation with other countries and international organizations. In the history of NATO,  Article 5 has been invoked just once, and that was in response to the 9/11 terrorist attacks in the United States.