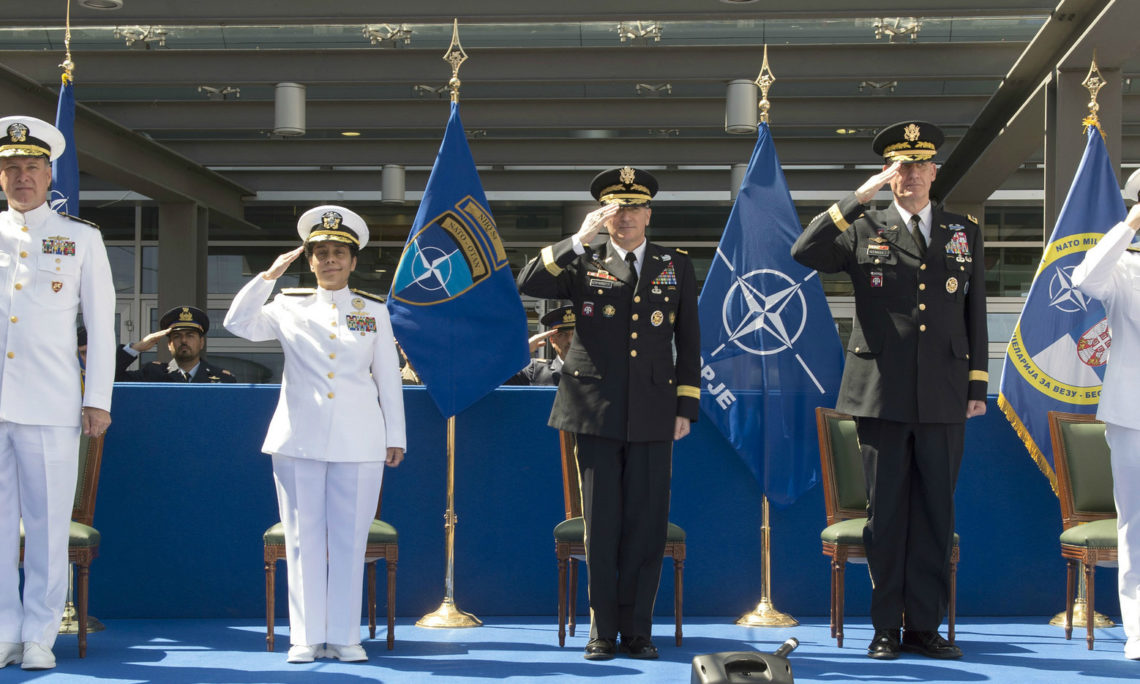 Admiral Michelle Howard, the 29th commander of JFC Naples, assumed command from U.S. Navy Admiral Mark Ferguson, who is slated to retire from the Navy. Howard previously served as the 38th Vice Chief of Naval Operations.

“I would like to state my appreciation to Naples, Italy as our host community,” said Howard during her remarks to the crowd. “You have treated us like family for over six decades, and your support is a key enabler to our mission success.”

The Commander of JFC Naples is one of two subordinate Joint Force commanders to NATO’s Supreme Allied Commander in Europe. As commander of JFC Naples, Howard’s primary mission is to be prepared to conduct the full range of military operations throughout the NATO area of responsibility in order to deter aggression, defend NATO territory and forces, safeguard freedom of the seas and economic lifelines, and to preserve the security of NATO nations.

As Commander, U.S. Naval Forces Europe-Africa, Howard will be responsible for leading full spectrum maritime operations in concert with allied, coalition, joint, interagency and other partners to advance U.S. interests while enhancing maritime security and stability in Europe and Africa. Howard pledged to lead the formation with the same strength, resolve, and readiness that the troops of JFC Naples have demonstrated in the past. “Your work has made my first direction and guidance simple: Steady as she goes. Full speed ahead,” Howard said.