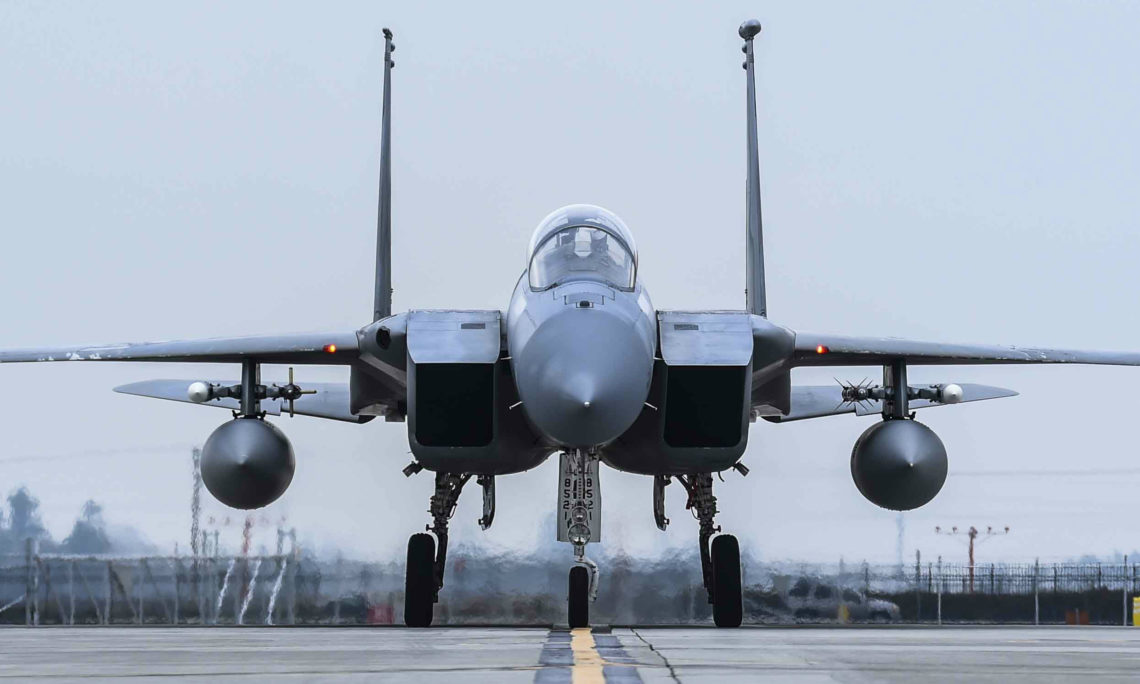 The arrival of these F-15s marks the latest iteration of a Theater Security Package to come to the European theater in support of Operation Atlantic Resolve.

Units will conduct training alongside NATO allies and partners as part of OAR to strengthen interoperability, demonstrate the U.S. commitment to a Europe that is whole, free, at peace, secure, and prosperous and to deter further Russian aggression.

Upon arrival in Europe, the F-15s will head to two separate locations to simultaneously support the NATO air surveillance mission in Iceland and conduct flying training at Leeuwarden Air Base, Netherlands.

During their six months in theater, the TSP will also forward deploy to other NATO and partner nations to include Bulgaria, Estonia and Romania.

While at Leeuwarden, the F-15s will participate in Exercise Frisian Flag, an international exercise designed to bring fighter aircraft from multiple countries together to work on interoperability, planning and execution.