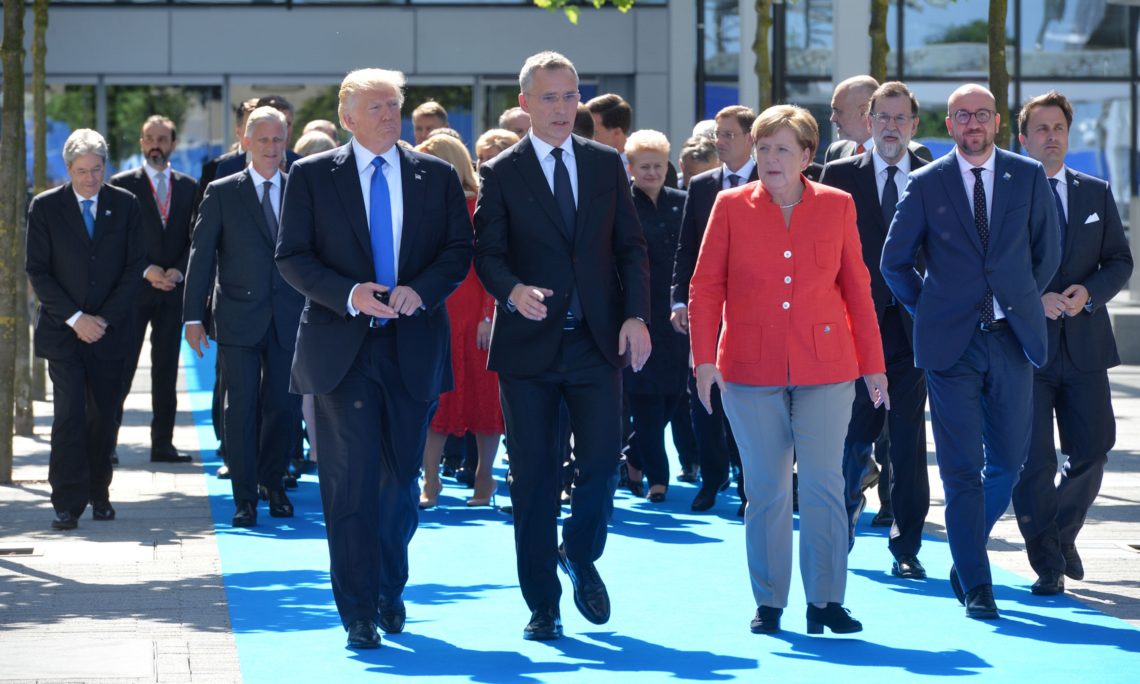 By Kay Bailey Hutchison, US Ambassador to NATO

BRUSSELS — Partisanship and contentiousness typically dominate Washington news. In the clamor, it’s easy to overlook the national consensus on a significant issue: the need to revitalize America’s most crucial security alliance, the North Atlantic Treaty Organization.

I was nominated as United States ambassador to NATO by President Trump in late June. As I made my rounds of congressional offices before my confirmation hearing, I found near unanimity from Republicans and Democrats alike on NATO’s future.

There is no appreciable difference of views among the president, Secretary of State Rex Tillerson, Secretary of Defense Jim Mattis and senators of either party on the need to revitalize NATO so it can meet today’s security needs while maintaining the fundamental principle of Article 5 of the organization’s founding treaty — that an attack on one is an attack on all.

There is a strong consensus that a renaissance of NATO offers the best hope to unite our Western allies against threats including intolerable Russian aggression in Ukraine, international terrorism, nuclear and missile capacities of rogue nations, and efforts to wipe out religious and individual freedoms around the globe.

NATO is the most successful alliance in world history. It was founded on the conviction that a potent joint effort by the democracies of Europe and North America was the most effective way to deter and counter Communist expansion and prevent World War III. That idea held the alliance together more than 40 years, through many changes of government, and it won the Cold War.

After the Soviet Union dissolved in the 1990s, NATO’s future was uncertain. With the immediate military threat reduced, was NATO even needed any longer? In a brief era of good feelings, security concerns appeared less important and reductions in defense preparation were widespread. Some voices even called for Russian membership in NATO.

Those days are long gone. New security challenges have appeared, and not only in the form of Russia’s military aggression in Ukraine. We also face attacks aimed at the heart of our democratic institutions, and terrorism has become a worldwide threat, notably in Europe, as the recent attack in Spain demonstrated.

As an essential start to revitalization, all NATO members must meet the defense-spending pledge made at the 2014 summit meeting in Wales — namely, 2 percent of gross domestic product should be spent on defense and 20 percent of each member’s national defense budget should be devoted to major equipment and modernization. If all 29 NATO countries were already meeting this level of funding, more than $100 billion in defense funding would have been generated in 2016, spreading a burden now being carried disproportionately by United States taxpayers. Allies must increase their investment because their own security and our collective security require it.

Under Secretary General Jens Stoltenberg’s leadership, NATO members agreed to outline concrete plans for reaching their 2 percent military spending goal. In June, members individually agreed to take on, for the first time, the full set of military capability targets assigned to them by NATO.

For America’s part, President Trump has proposed spending nearly $4.8 billion on the European Deterrence Initiative, an effort to shore up security in NATO’s eastern edge, as a demonstration of our will to defend our allies. But I know well from my time in the Senate that this cannot continue if the other NATO members do not meet their obligations.

In my meetings with senators this summer, I was heartened to see unified bipartisan commitment to NATO. There was no space between the priorities of Republicans and Democrats about our duty to defend our common values of individual liberty, democracy, human rights and the rule of law.

Congress and the Trump administration believe that an alliance of 29 Western democracies is far more effective at ensuring our security than one country acting alone. That unity sends an important message to friends and adversaries alike.

This op-ed originally appeared in The New York Times.