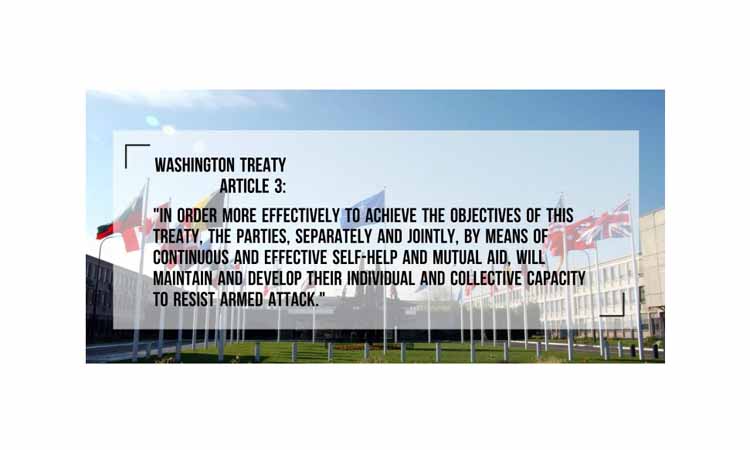 “Deterrence begins at home and that’s the resilience of national responsibility among the 28.”

The Javelin missile can defeat any tank in the world and is the standard system used by the U.S. Army.

Estonia took the national decision to acquire this key military capability to enhance its own national defense. In keeping with the self-help and mutual aid objective of Article 3, the U.S. provided $33 million ERI assistance funds to increase the number of anti-tank missiles Estonia procured. Similarly, Lithuania also operates Javelin anti-tank systems and recently signed an agreement with the U.S. to purchase additional Javelin systems.

Joint Terminal Attack Controller (JTAC) is capable of calling in precision NATO airstrikes, including directing the actions of an A-10 combat aircraft engaged in close air support.

In March, the U.S. delivered a $33 million capabilities package to the Lithuanian military that included specialized radio equipment to secure ground-to-air transmissions and improve force communications in the field.