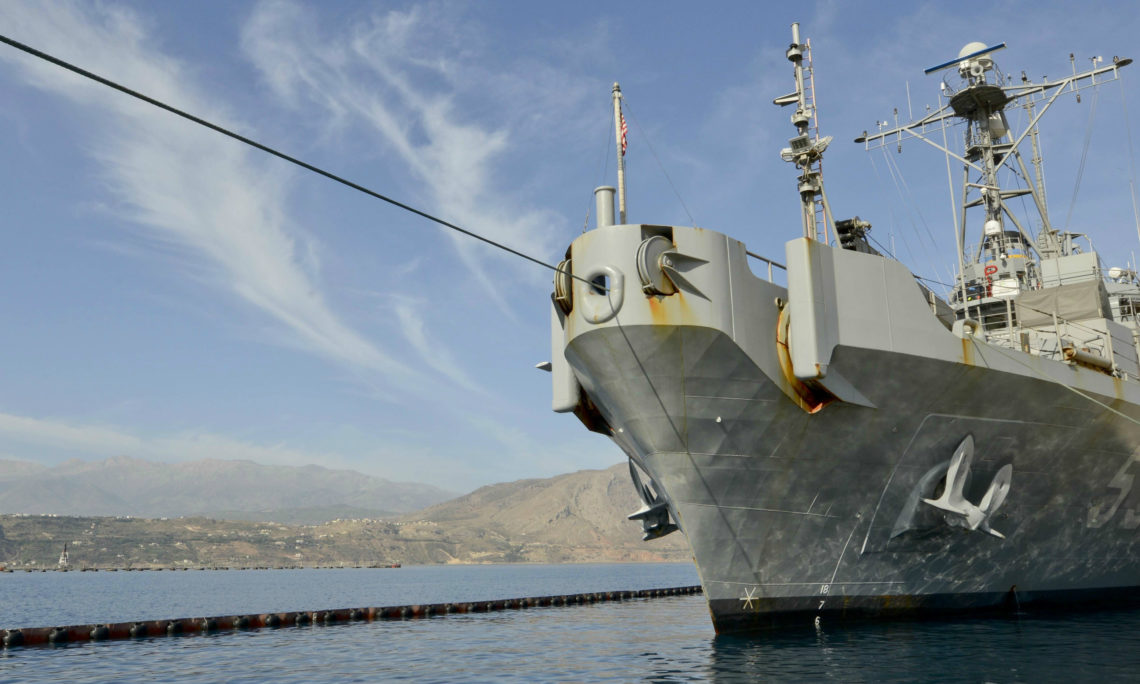 U.S. forces in Afghanistan now will be able to boost support for Afghan conventional forces with more firepower and by accompanying and advising them on the ground and in the air, Defense Secretary Ash Carter said this morning in Brussels.

The secretary spoke during a news conference after this week’s NATO defense ministers conference, his fourth as defense secretary and the last such meeting before the July 8-9 NATO summit in Warsaw, Poland.

Based on his recommendations and those of Marine Corps Gen. Joe Dunford, chairman of the Joint Chiefs of Staff, Carter said, President Barack Obama decided to grant more flexibility to U.S. forces in Afghanistan this year.

“In practical terms, this means U.S. forces will have more opportunities to accompany and enable Afghan conventional forces, just like we have already been doing with Afghan special operations forces,” the secretary said.

“As I told my fellow defense ministers,” Carter added, “this supports our ongoing counterterrorism and force-protection missions there [and] NATO’s Resolute Support mission, because a more capable Afghan force only makes our [deployed] forces … more secure, and it will help the Afghans … as we prepare for the U.S. and NATO missions in 2017.”

“Regarding U.S. troop levels for future years,” the secretary said, “the current plan announced last August is for 9,800 U.S. service members to remain in Afghanistan for most of this year and … to draw down that number to 5,500 by the end of the year.”

Since then, he said, other nations also have decided to commit to having forces in Afghanistan beyond this year.

“This commitment will be part of NATO’s flexible regional approach to the Resolute Support mission,” Carter said. “The United States will continue to lead the NATO effort in southern and eastern Afghanistan, and we will continue to provide coalition partners with sufficient enabling capabilities needed for their own presence, particularly in northern and western Afghanistan.”

On the U.S.-led coalition campaign to deliver a lasting defeat to the Islamic State of Iraq and the Levant, Carter said he and the ministers agreed that ISIL’s parent tumor in Iraq and Syria and its metastasis are among the leading sources of instability emanating from NATO’s southern flank.

The effort has received contributions from nearly every NATO member, Carter added, but every nation and the NATO alliance itself need to do more.

“At this ministerial, we discussed specific ways that NATO could contribute more directly to the counter-ISIL campaign, including by providing NATO [Airborne Warning and Control System] aircraft and by conducting training and defense capacity building for the Iraqi security forces in Iraq rather than in Jordan,” he said.

With his French and British counterparts, Carter discussed recent momentum in the counter-ISIL campaign in Iraq and Syria.

The coalition is supporting local, capable and motivated forces on the ground in three major operations, all of which are putting a stranglehold on ISIL and applying pressure on multiple fronts, the secretary said.

“In western Iraq we’re assisting the Iraqi security forces in Iraqi operations under the leadership of Prime Minister Abadi to retake Fallujah,” he added. “In Northern Iraq, we’re also supporting the ISF in operations to isolate and pressure Mosul.”

In Northern Syria, Carter said, the coalition is enabling Syrian-Arab coalition forces working to envelop Manbij City, an operation that’s critical for helping seal the Turkish border and cut off the flow of foreign fighters in and out of Syria.

“Another challenge emanating from NATO’s southern flank is the migrant and refugee crisis, which NATO is helping address in the Aegean Sea,” the secretary said. “Soon, the United States will be contributing to that NATO activity by sending the USNS Grapple to support it.”

“We agreed that NATO would further strengthen its posture to deter and if necessary defeat any aggressor across the full spectrum of conflict [and] we’ve seen results since then,” he added.

The secretary called this an important alliance commitment to deterrence, one that is in addition to bilateral efforts such as the U.S.-European Reassurance Initiative. Details will be finalized in Warsaw, he said.

“More needs to be done,” he added, “particularly to bolster the readiness and capabilities of key NATO units that might be called upon in a crisis.”

That requires resources and rebuilding basic military skills that have atrophied in parts of the alliance over the past quarter century, he said.

“Since the Wales summit [in 2014], NATO forces have been adapting and writing a new playbook for the 21st century,” the secretary said. “We’ve been innovating to counter new challenges like cyber and hybrid warfare, integrating conventional and nuclear deterrence, and adjusting our posture and presence so that we can be more agile in responding to new threats.”

Meanwhile, he added, NATO is helping support the resilience of its partners against Russian aggression and coercion. In Ukraine, NATO has stood up a trust fund to help the Ukrainian armed forces in areas like cyber, logistics, medical support and countering improvised explosive devices.