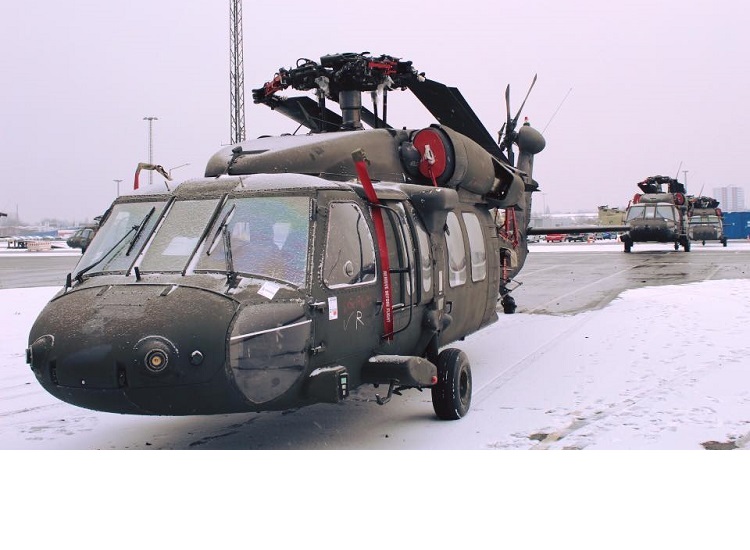 Arriving by ship in the Port of Bremerhaven, Germany, troops and equipment included UH-60 Blackhawks and CH-47 Chinooks. OAR was designed to reassure European Allies in light of Russia’s invasion in Ukraine.

“The arrival of the 10th Combat Aviation Brigade adds to our highly capable joint team,” said General Curtis Scaparrotti, Commander, U.S. European Command.  “This deployment is another great opportunity to strengthen strategic partnerships with our NATO Allies and to build together our capacity, capability and interoperability.”

After the brigade’s arrival, helicopters will fly to various areas across Europe, while equipment is moved via rail. Personnel and equipment will later be relocated throughout the region.  Additional helicopters are on schedule to arrive at later dates.

“Through a logistics effort unseen in decades, OAR deployments continue to exceed all expectations,” said Rear Admiral Paul Verrastro, U.S. EUCOM’s Director of Logistics.  “The rapid and responsive effort by ships, rail, strategic airlift, and all those involved, continue to highlight the speed at which we can deploy to Europe.”

Soldiers are deployed from Fort Drum, N.Y. and Fort Bliss, Texas and will perform medical transport and aviation operations to improve interoperability and strengthen relationships with Allies and partner nations.