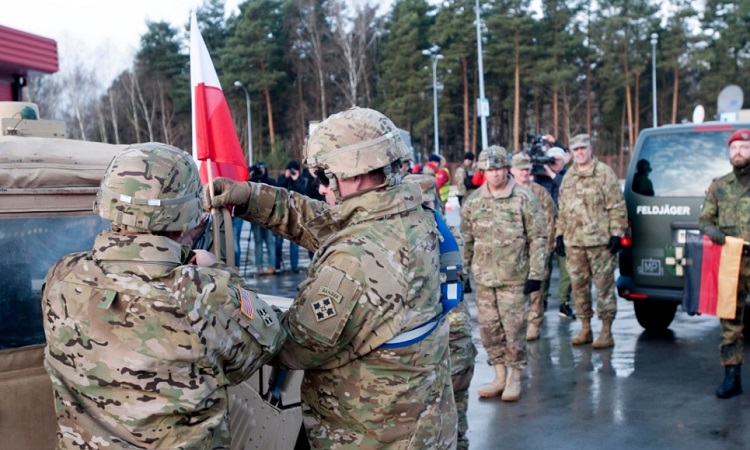 “Today marks a significant moment in European deterrence and defense as our rotational Armored Brigade Combat Team crossed from German to Polish soil,” said U.S. Army General Curtis Scaparrotti, U.S. European Command commander.  “I would like to thank our Allies and commend them on this historic moment.  The European infrastructure and integrated support has enabled our force to rapidly be ready and postured should they need to deter Russian aggression.  This ABCT joins regional forces already committed to responsiveness and security; it is great to see our Army at the front, integrated with the combined and joint air and naval forces of the United States, our Allies and partners.”

Deployed from Fort Carson, Colo., the 3,500 person Armored Brigade Combat Team join a recently increased land, sea and air presence in the region.  Operation Atlantic Resolve was designed to reassure NATO allies and partners in the region in light of Russia’s aggression in the Ukraine.  The arrival of the 3rd ABCT starts back-to-back rotations of U.S. troops and equipment in the region.  The ABCT convoy will mass in Poland and then it will be dispersed across seven locations in Eastern Europe for training and exercises with European allies.

Soldiers begin off-loading and staging of equipment in Poland: https://www.dvidshub.net/video/504801/oar-poland-m1-abrams-arrive-poland-broll

NOTE: Operation Atlantic Resolve is a bilateral security commitment; it is not a part of NATO and their efforts.