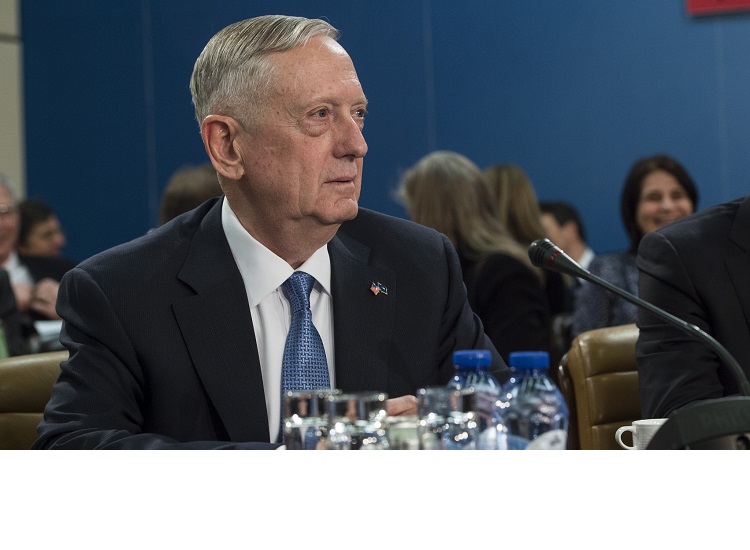 Session One of the North Atlantic Council

It’s good to be back.  I’m grateful to serve alongside you again and to gain a deeper appreciation of the situation facing our Alliance and each nation at this table.  I will be listening to you and closing any gaps resulting from my three years outside government service.

Most of you, I am sure, remember well the days and months after your nation’s militaries came to America’s defense in 2001.  You remember how this unified Alliance invoked its treaty obligations and how an Alliance established to defend Western Europe responded without hesitation to the attack on America by deploying combat troops.

More than that, you remember receiving those first reports in your countries, carrying the tragic news of the death of one of your troops on the battlefield.  I cannot join you again today without recognizing how we fought together and kept our resolve through tragic circumstances.  Our resolve continues to this day.

Around this table we sit side by side, for me a reminder that I have never fought without Allies alongside.  Our forces fought for the noble purpose of defending the ideals upon which this Alliance was founded:

For seven decades the world has watched NATO become the most successful and powerful military alliance in modern history.  NATO, with our shared commitment, will remain what President Eisenhower described:  “a valuable, necessary, and constructive force.”

NATO arose out of strategic necessity.  NATO must now evolve out of strategic necessity.  Our community of nations is under threat on multiple fronts as the arc of insecurity builds on NATO’s periphery and beyond.  We must act in the interests of our ‘democratic islands of stability’ if we are to live up to our responsibilities as guardians for our nations and sentinels watching for threats.

The present situation demands we affirm our Alliance; that we adapt the Alliance to remain credible, capable, and relevant in a world awash in change; and that we meet our individual commitments to our common defense.

First, our alliance.  Our nations stand together united in common cause.  NATO is a stabilizing force in Europe, it helps preserve the rules-based international order globally, and ultimately, it serves to keep the peace and defend shared values that grew out of the Enlightenment.

As we speak, the United States, under U.S. Operation Atlantic Resolve, is moving armored units into the Baltic States, Poland, Romania, and Bulgaria to support and supplement NATO’s commitment to deterrence.  Soon, as a Framework Nation, we will join the UK, Germany, and Canada leading our combined and enhanced Forward Presence defensive forces in Poland and the Baltic States.  In so doing our nations are demonstrating the transatlantic bond, standing up for our values, and recognizing that the freedoms we hold dear are worth defending.

How our defensive Alliance responds to threats and provocations is not lost on any nation, not least the nation to our east, nor on its leader.  While the United States and the Alliance seek to engage Russia, we must at the same time defend ourselves if Russia chooses to act contrary to international law.

Just as we did throughout the darkest days of the Cold War, the United States remains willing to keep open political channels of cooperation and deescalate tensions.  We remain open to opportunities to restore a cooperative relationship with Moscow, while being realistic in our expectations and ensuring our diplomats negotiate from a position of strength.

We are not willing, however, to surrender the values of this Alliance nor let Russia, through its actions, speak louder than anyone in this room.  We will buttress this Alliance and defend ourselves, even as we watch for a Russia that lives up to its commitments in the NATO-Russia Founding Act.  Balancing collaboration and confrontation is admittedly an uncomfortable strategic equation.

The transatlantic bond is essential to countering Islamic extremism, to blocking Russia’s efforts to weaken democracies, and to addressing a more assertive China.  To remain capable in this environment, NATO must tighten its decision cycles—both in determining the actions of the Alliance, and in resourcing those decisions with robust and interoperable capabilities.

A decade ago, when I was serving as Supreme Allied Commander for Transformation, I watched then-Secretary of Defense Robert Gates warn members of this Council that Congress and the American body politic would lose their patience for carrying a disproportionate burden of the defense of Allies.

The impatience Secretary Gates predicted is now a governmental reality.  As noted by a European Minister of Defense, calling for two percent defense spending is a “fair” demand from the American people to their long-time Allies and friends in Europe.  No longer can the American taxpayer carry a disproportionate share of the defense of western values.  Americans cannot care more for your children’s future security than you do.  Disregard for military readiness demonstrates a lack of respect for ourselves, for the Alliance, and for the freedoms we inherited, which are now clearly threatened.

Fellow Ministers, when the Cold War ended we all had hopes.  The year 2014 awakened us to a new reality:  Russia used force to alter the borders of one of its sovereign neighbors, and on Turkey’s border ISIS emerged and introduced a ruthless breed of terror, intent on seizing territory and establishing a caliphate.  While these events have unfolded before our eyes, some in this Alliance have looked away in denial of what is happening.  For despite the threats from the East and South, we have failed to fill gaps in our NATO Response Force or to adapt to modern threats, or increase the readiness of much of our force structure.

I owe it to you to give you clarity on the political reality in the United States, and to state the fair demand from my country’s people in concrete terms.  America will meet its responsibilities, but if your nations do not want to see America moderate its commitment to this Alliance, each of your capitals needs to show support for our common defense.

Specifically, we must ensure we are not in the same spot at the end of the year that we are in today.  We must adopt a plan this year, including milestone dates, to make steady progress toward meeting Warsaw and Wales commitments.

If your nation meets the two percent target, we need your help to get other allies there.  If you have a plan to get there, our Alliance is counting on you to accelerate your efforts and show bottom-line results.  And if you do not yet have a plan, it is important to establish one soon.  Showing immediate and steady progress to honor commitments made at Warsaw and Wales must become a reality if we are to sustain a credible Alliance and adequately defend ourselves.

Our Alliance has stood up for our common defense under worse conditions.  George C. Marshall and his fellow Defense Ministers went before their respective legislative bodies with great conviction and fortitude to “defend the expenditures of vast sums of money for our mutual aid and to ask for a continuation of many of the constructive steps we already have undertaken.”

I have confidence we will do so again today.  I have too much respect for you and for the defense of our freedoms to believe that we will not stand together in our sacrifices and commitments to each other, or that the allies will not honestly acknowledge the sacrifices that are needed in our defense.  NATO will remain strong only if all nations show their respect for NATO’s benefits and carry a full and equal burden of our defense.  There is no substitute for our security—and we can afford peace and survival as free nations.

We have the greatest defense in the world, but our strength did not grow overnight.  Unyielding defense is resource-intensive and adapted to its time.  We have freedom today only because the people before us devoted the resources necessary to address reality.  We owe it to them, and we owe it to our children to ensure we provide tomorrow the peace we cultivate today.