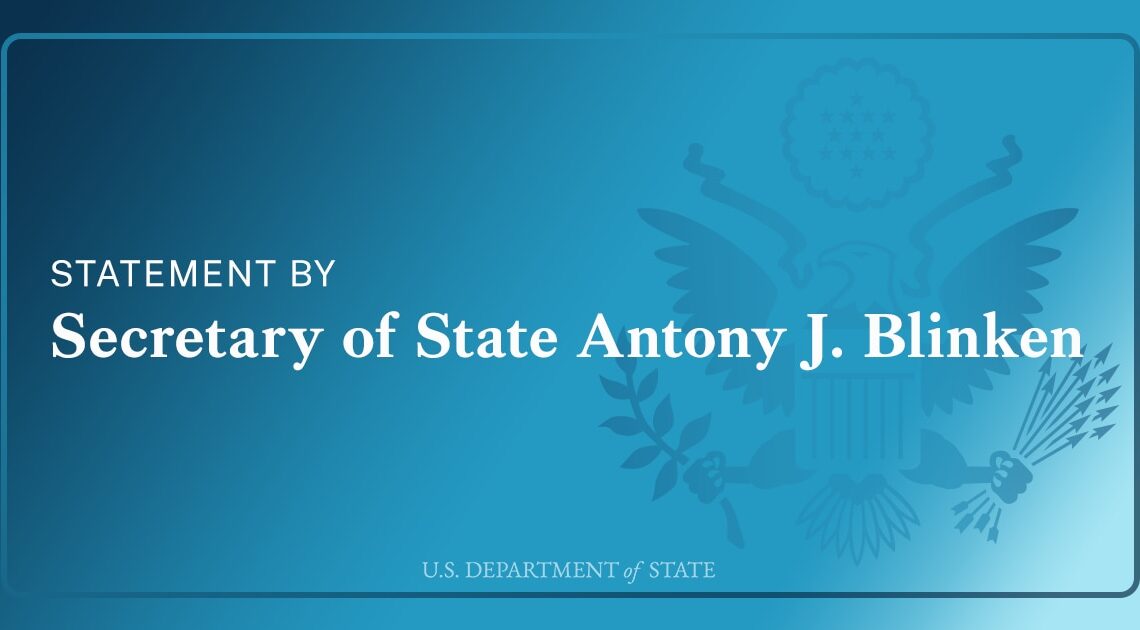 Today, we announced actions to hold the Russian Government to account for the SolarWinds intrusion, reports of bounties on U.S. soldiers in Afghanistan, and attempts to interfere in the 2020 U.S. elections.

We have engaged Russian authorities to share our concerns about their actions and the steps we are taking in response. The President is signing a new Executive Order on Russia that will broaden the scope of our sanctions authorities. Under this new Executive Order, the U.S. Department of the Treasury is issuing a directive prohibiting U.S. financial institutions from conducting transactions in the primary market for new ruble or non-ruble denominated bonds issued after June 14, 2021. This Executive Order also provides authority for the U.S. Government to expand sovereign debt sanctions on Russia as appropriate.

The U.S. Department of State is also expelling 10 officials from Russia’s bilateral mission. In addition, the U.S. Department of the Treasury is announcing sanctions against entities and individuals involved in election interference and against companies that support the malign activities of the Russian intelligence services responsible for the SolarWinds intrusion and other recent cyber incidents. These sanctions will serve to reduce Russian resources available to carry out similar malign activities.

In addition, together with partners and allies, on March 2 the U.S. responded to Russia’s attempt to poison Aleksey Navalny using a chemical weapon and his subsequent arrest and imprisonment. We remain concerned about Navalny’s health and treatment in prison, and call for his unconditional release.

These actions are intended to hold Russia to account for its reckless actions. We will act firmly in response to Russian actions that cause harm to us or our allies and partners. Where possible, the United States will also seek opportunities for cooperation with Russia, with the goal of building a more stable and predictable relationship consistent with U.S. interests.

Additionally, the State Department is taking steps to bolster cybersecurity partnerships internationally, including by providing a new training course with partners on the policy and technical aspects of publicly attributing cyber incidents and by supporting trainings on responsible state behavior in cyberspace.

For more information on the actions, click here.
For North Atlantic Council Statement following the announcement by the United States of actions with regard to Russia, click here.