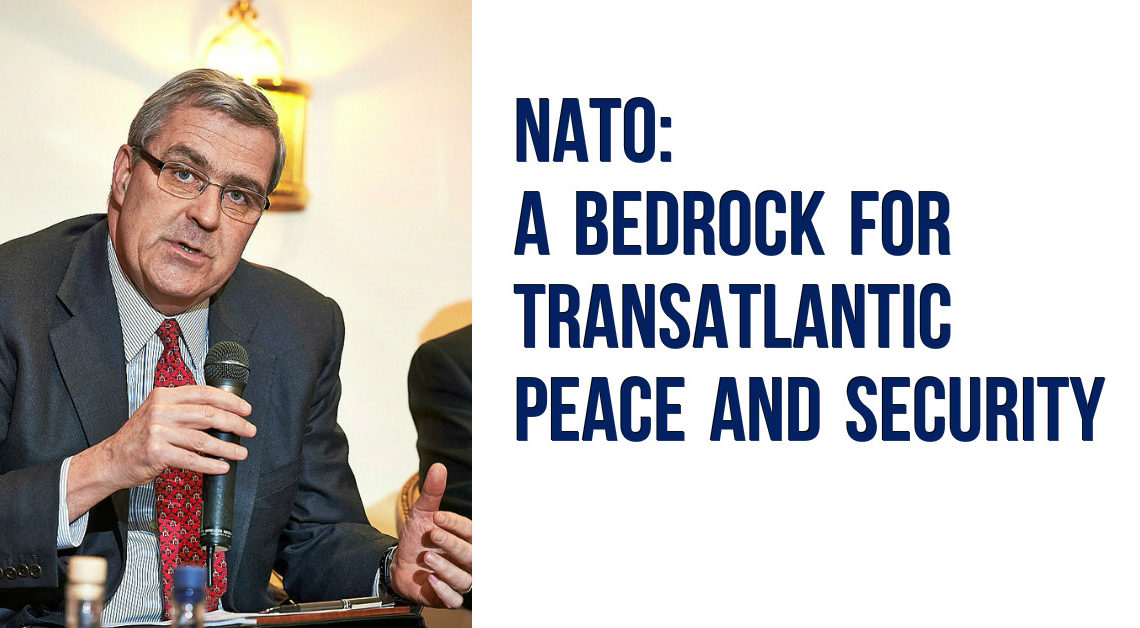 For 65 years, NATO – history’s most successful and durable alliance — has served as the bedrock for trans-Atlantic peace and security. As threats have evolved and walls have fallen, the Alliance has remained the foundation for stability and prosperity, anchored by a steadfast commitment to shared democratic values and collective defense.  At the NATO Summit in Wales last month, NATO leaders gathered to reaffirm these core commitments at a strategic inflection point for the Alliance.  NATO’s largest and longest combat mission – the ISAF mission in Afghanistan – draws to a close at the end of this year.  Allies are confronting new security challenges of unprecedented scope and complexity, ranging from Russia’s aggression in Ukraine and the rise of violent extremism on NATO’s periphery to emerging threats like cyber attacks.  At the same time, NATO states are only beginning to recover from the most severe economic recession in the history of the Alliance.  Wales was a landmark Summit, where a united NATO adapted to today’s threats and charted the way ahead.

NATO leaders began at Wales by taking stock of the security challenges currently confronting the Alliance. Allies first focused on the Alliance’s “unfinished business” in Afghanistan.  For over 12 years, NATO has worked with Afghan authorities and partners to field over 350,000 Afghan security forces, creating the necessary conditions for the Afghan people to build a secure and democratic future.  The most recent evidence of this progress is the historic transfer of political power to new Afghan leaders.  The Alliance’s commitment to Afghanistan’s security and stability will not end when the ISAF combat mission concludes at the end of 2014.  Now that the new Afghan government has signed the necessary agreements and invited NATO to launch the post-2014 mission, NATO will continue to train, advise and assist Afghan security forces.  At Wales, Allies and partners also renewed their financial commitments to sustain Afghan security forces and reaffirmed their commitment to developing over the long term an enduring partnership with Afghanistan.  Leaders openly acknowledged that much work remains to be done; security, political and economic challenges lay ahead.  But NATO will continue to support the Afghan people, preserving the gains of the past 12 years and providing Afghans the opportunity to build a better future.

NATO leaders next turned their attention to NATO’s eastern flank, where Russia’s aggression has challenged the fundamental goal of a Europe that is whole, free, and at peace.  In a meeting with Ukrainian President Poroshenko, Allies condemned Russia’s actions and affirmed their support for Ukraine’s sovereignty and territorial integrity.  NATO established a concrete package of financial support in functional areas that Ukraine has identified as critical, while also coordinating bilateral support from individual Allies, aligning offers of support with specific needs.  Facing the most serious security challenge in Europe since the fall of the Berlin Wall 25 years ago, the 28 Allies responded in support of Ukraine.

In a separate session NATO leaders discussed the full spectrum of security challenges that the Alliance faces on its periphery, with a focus on Syria, Iraq, and the growing threat that ISIL poses to the region.  They agreed that the ISIL threat must be confronted by a broad international coalition including regional states, and that NATO could play a supporting role.

After assessing this wide range of security challenges, leaders proceeded to take concrete decisions to meet those challenges head-on.  First and foremost, Allies reaffirmed their ironclad commitment to collective defense – the central mission of NATO – where an armed attack on one is considered an attack on all.   Most significant, leaders agreed on a Readiness Action Plan (RAP), comprised of adaptations within the Alliance that respond directly to today’s security challenges – not just in the East, but wherever they may arise.  Under the RAP, NATO will sustain its ongoing assurance measures in the East for as long as necessary; air, land and sea exercises will continue from the Baltic Sea to the Black Sea to demonstrate that NATO takes its defense commitments seriously.  The RAP also adapts NATO’s force structure to new realities, including a string of reception bases along the eastern flank, prepared to accept reinforcements, command operations and exercises, and stage pre-positioned equipment and supplies.  Allies agreed to reform the NATO Response Force – a standing multi-national force including land, air, maritime and special operation forces – so that it is better suited for today’s threats.  These reforms improve readiness timelines, so that the Alliance can respond with tailored forces more quickly and effectively to a potential crisis.

At the Summit NATO also took important steps to bolster its partnerships. Over the past two decades, over 40 partner countries – from Scandinavia to North Africa to the Middle East to the Pacific Rim – have reinforced Alliance operations and contributed political diversity to the Alliance.  At Wales, Allies created new opportunities for partners to preserve the hard-earned gains in interoperability that developed over two decades of operations the Balkans, Afghanistan, Libya, and elsewhere.  As an investment in its partners, NATO adopted two new programs: one to enhance the ability of its most interoperable partners to work with the Alliance more seamlessly, and another to build the defense capacity of partners that request NATO’s assistance.

Finally, acknowledging that security requires investment, all 28 Allied leaders made a concrete pledge on defense spending – the first-ever at the head-of-state level.  As NATO states emerge from the worst economic crisis in its 65-year history, leaders agreed to reverse the trend of declining defense budgets, to aim to increase defense spending in real terms as economies recover, and to aim to move towards the NATO defense spending target of 2% of GDP within a decade.  These resources will enable the decisions taken at the Summit.

At Wales, President Obama characterized this moment in NATO’s history as a “time of transition and testing”.  At the Summit, our leaders confronted a broad array of challenges and responded with solidarity, concrete decisions, and commitment to providing resources – ensuring that NATO will sustain its record as the most successful, most durable alliance in history.