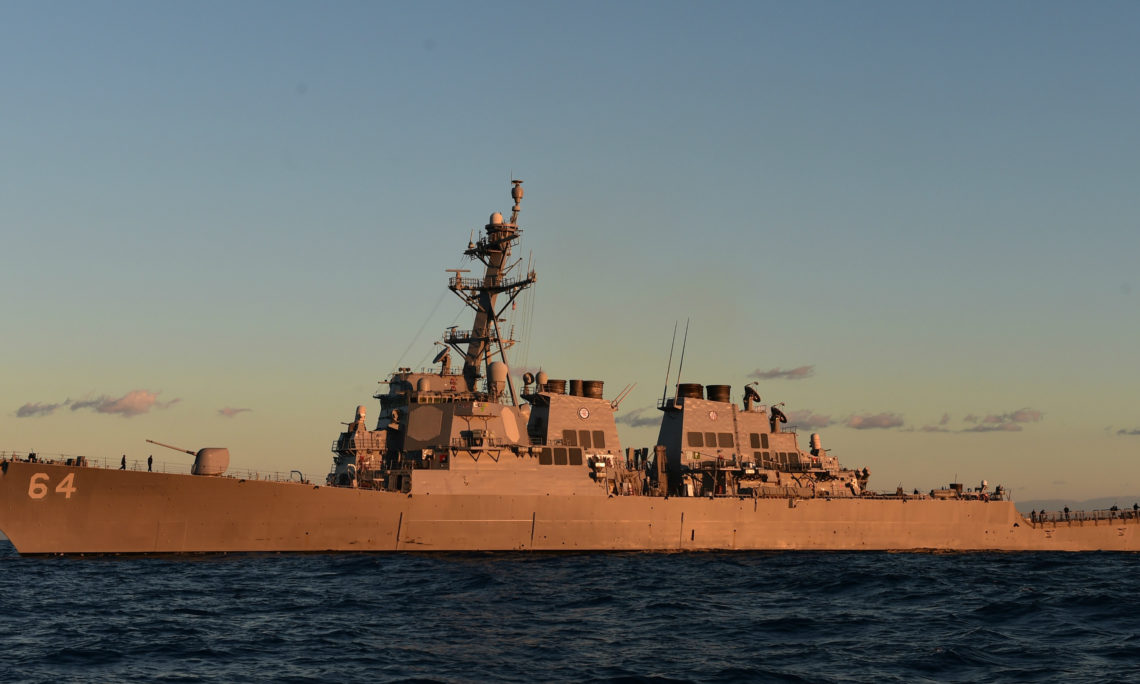 This month, the United States will deliver a 9,000-ton boost to the ballistic missile defense (BMD) capabilities of the North Atlantic Treaty Organization (NATO). With the arrival of the USS Porter, the third U.S. BMD-capable Aegis ship to be home-ported in Spain, the U.S. continues to meet its commitment to increasing protection of European Allies from threats from the volatile Middle East. A fourth U.S. ship, the USS Carney, will arrive this fall.

In addition to the four BMD-capable Aegis ships, a similar land-based sensor and intercept capability (“Aegis Ashore”) will be operational by the end of this year in Deveselu, Romania. Aegis Ashore has the same BMD capability as the Aegis ships, just as a fixed, land-based system. The combination of Aegis ships, Aegis Ashore, and advances in the interceptor and weapons system will increase NATO’s capability to protect NATO European populations, territory and forces roughly ten fold from the Interim BMD Capability that the Alliance declared at Chicago in 2012.

NATO’s missile defense is a sophisticated, integrated transatlantic effort, and the United States is committed to doing its part alongside many other Allies.  NATO took the initial decision to establish a ballistic missile defense mission at the 2010 Lisbon Summit. Since then, we have kept on track as Allies stepped forward to host or contribute capabilities. Since 2013 the United States, Germany, Spain and the Netherlands have all deployed Patriot missile defense systems to Turkey, operating under NATO command and control. Spain hosts U.S. BMD ships while Turkey hosts an important ground-based BMD radar. Germany hosts the command and control structure at Ramstein Air Base, using BMD-specific software developed and installed by NATO.  Like Romania, Poland will host an Aegis Ashore site that will be operational in the 2018 timeframe. The Netherlands is in the process of upgrading frigates to provide a future contribution of four sea-based early warning radars. Denmark has committed to providing a sea-based sensor for NATO BMD and many Allies are participating in building the Alliance’s capabilities through NATO’s theater missile defense program.  Overall, this BMD effort is an excellent example of NATO’s commitment to fielding modern, state-of-the art capabilities.

Like the USS Cook and USS Ross, USS Porter is a highly-specialized multi-purpose destroyer, featuring both sensor and missile defense interceptor capabilities in addition to its more standard land attack, anti-submarine and air defense capabilities.  The Porter’s Aegis radar  monitors air, land and maritime contacts to detect, intercept and destroy incoming threats to NATO Allies.  In addition to its missile defense mission, the USS Porter will add to NATO’s standing missions by participating in maritime security operations, and bilateral and multilateral training exercises.

It is important to note that NATO BMD is a purely defensive capability to intercept and destroy ballistic missiles in flight, including the warhead and any weapons of mass destruction it may be carrying. The interceptors carry no explosive warhead, relying on their kinetic energy to collide with and destroy oncoming enemy ballistic missile warheads.

NATO BMD is intended to protect NATO European populations, territory and forces against the growing threat posed by the proliferation of ballistic missiles of increasingly greater ranges, and lethality. More than 30 countries are developing ballistic missiles of increasing sophistication. To defend against this real threat, NATO needs real defense. Countering the threat of ballistic missile attack from outside the Euro-Atlantic region is an increasing collective security challenge that NATO will meet.  To be clear, NATO BMD is not directed against Russia and will not undermine Russia’s strategic deterrent capabilities in any way.

Last September at the Wales Summit, NATO leaders reaffirmed the importance of developing the capabilities the Alliance needs to meet emerging threats. This year with the arrival of USS Porter, USS Carney and Aegis Ashore, NATO takes a significant step towards fulfilling its BMD capability. And NATO demonstrates again its ability to adapt to new challenges, just as it for over 65 years.