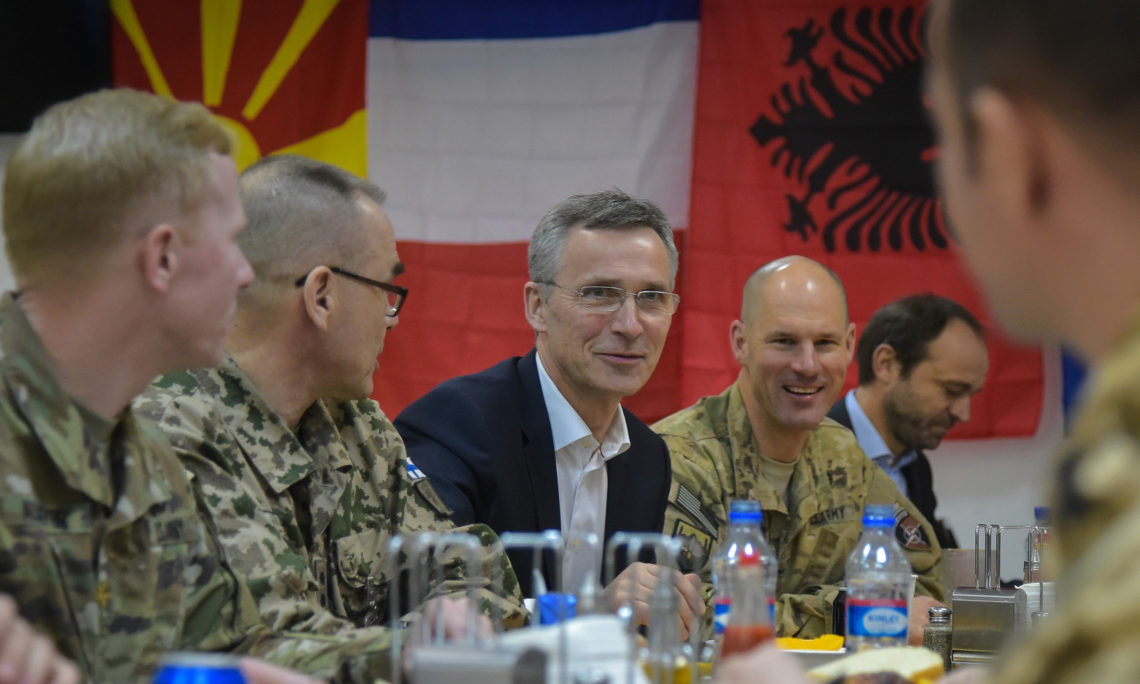 NATO Secretary General Jens Stoltenberg praised the dedication and courage of Afghan forces and Resolute Support troops in Kabul on Wednesday (16 March 2016). He stressed that NATO stands with Afghanistan and will continue to support the country, including through its Resolute Support Mission and financial support.

“Our mission here is no longer a combat mission. But it is no less important. The Afghan Forces are now responsible for this country’s security and for the protection of all Afghans. We stand with them and will continue to do so,” said the Secretary General in an address to the Kabul Security Forces. He thanked them for their courage and professionalism and paid tribute to the sacrifices made in service of the mission.

Addressing the men and women of the Afghan Air Force, the Secretary General said they played a critical role by providing transport, resupply and engaging the enemy on the battlefield. He welcomed the fact that the Air Force is increasing its capabilities and stepping up operations, including with new aircraft.