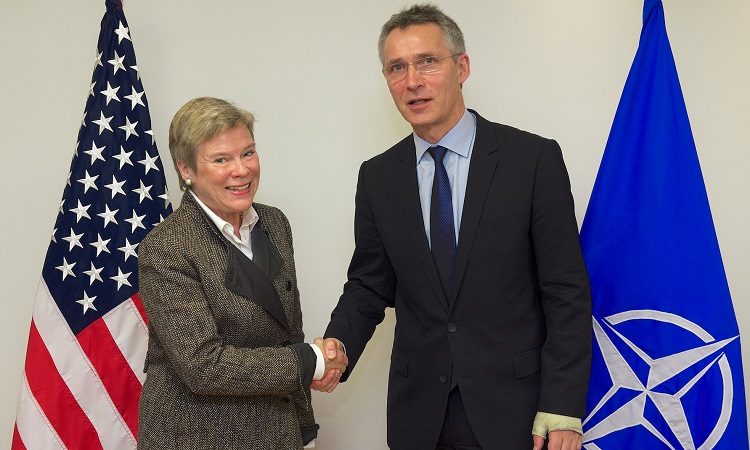 “I am delighted to announce the appointment of Rose Gottemoeller, who will bring to NATO a wealth of experience in international security policy, and in areas such as arms control and relations with Russia. She will also be the first woman to hold this key post, which is a milestone in NATO. I am grateful to  Ambassador Alexander Vershbow, who will retire in the autumn after a distinguished career.  His commitment and contribution to NATO have been indispensable at a time of unprecedented security challenges. ”  – Secretary General Stoltenberg

Rose Gottemoeller is currently serving as US Under Secretary for Arms Control and International Security, advising the Secretary of State on arms control, non-proliferation and political-military affairs. She was previously Assistant Secretary of State for the Bureau of Arms Control, Verification and Compliance, and the chief negotiator of the New Strategic Arms Reduction Treaty (New START).

‎She also served, among others, as the Director of the Carnegie Moscow Center. Ms Gottemoeller will take up her post on October 1, 2016.