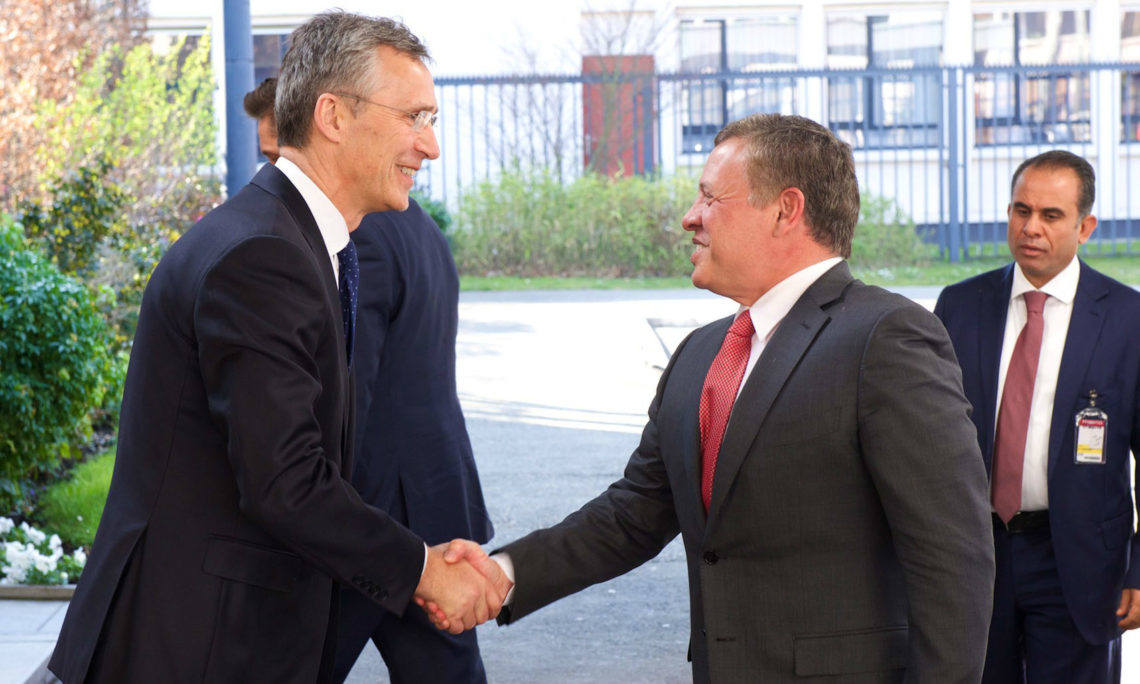 The Secretary General commended Jordan for its valuable contributions to the NATO Response Force and its participation in NATO-led missions in Afghanistan, Bosnia and Libya. Calling Jordan a valuable partner, Mr. Stoltenberg expressed the Alliance’s appreciation for Jordan’s efforts to build its defence capacity and support training for other partners in the region. In particular, the Secretary General thanked the King of Jordan for his country’s contribution to the training of Iraqi officers in Jordan, as part of NATO’s Defence Capacity Building assistance measures for Iraq.

In their talks, the Secretary General and His Majesty King Abdullah II discussed NATO–Jordan bilateral cooperation and shared security challenges, including the spread of terrorism and extremism.