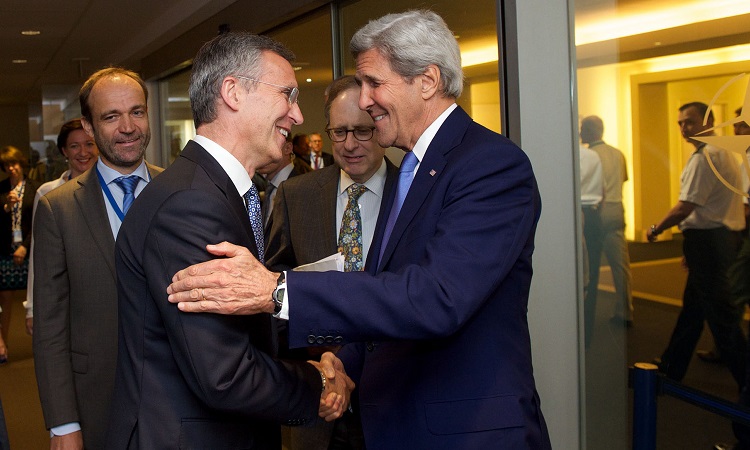 Secretary General Jens Stoltenberg held talks with US Secretary of State John Kerry at NATO headquarters on Monday, June 27, 2016 on next week’s Warsaw Summit, and the implications of the UK’s vote on membership in the European Union.

They welcomed the British government’s restatement of its steadfast commitment to the Alliance. They agreed that the EU remains a vital pillar for security cooperation in Europe.

At the landmark Warsaw Summit on 8 and 9 July,  NATO leaders will take important decisions to enhance collective defense and deterrence, including an enhanced military presence in the east of the Alliance. They will also step up efforts to project stability beyond NATO’s borders, working hand-in-hand with partners to the south and to the east.  Leaders will also take practical cooperation with the European Union to the next level in areas including maritime security and countering hybrid threats.