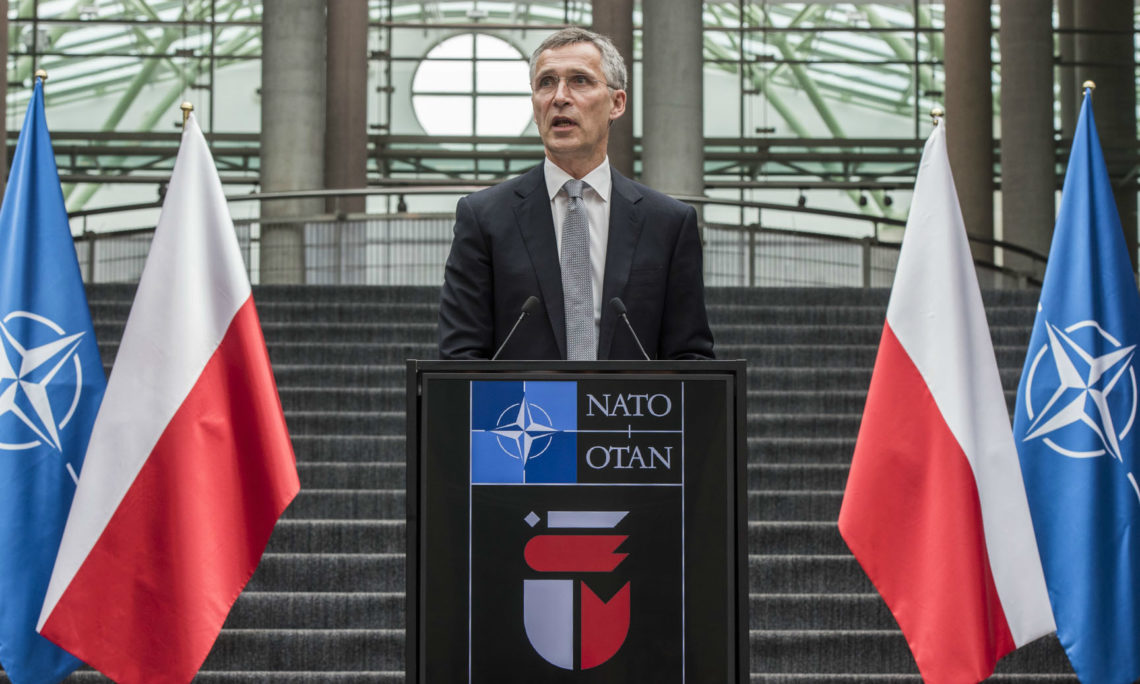 On the second day of his visit to Poland NATO Secretary General met with the Prime Minister Beata Szydło, Minister of Defense Antoni Macierewicz and with the Minister of Foreign Affairs Witold Waszczykowski to discuss NATO’s response to a more challenging security environment and preparations for the Warsaw Summit.

Speaking at the Warsaw University on May 31, Stoltenberg focused on the agenda for the Warsaw Summit and commended Poland for “making extraordinary progress” since joining NATO. “Over the past seventeen years, Poland has evolved from a new Ally into a leading Ally,” he said.

Stoltenberg noted that the Warsaw Summit will take place at a critical moment for the Alliance. “A moment where our security and our values face significant challenges. Challenges both from the east and the south”, he said.  At the Summit, NATO members will take the next steps enhancing a forward presence in the Eastern part of the Alliance, and projecting stability beyond NATO’s borders.

Stoltenberg said that NATO military planners have put forward proposals for several battalions in different countries in the region. “We are now discussing the exact numbers and the exact locations. And we will take those decisions at the Summit.” The Secretary General also made clear that everything the Alliance does is defensive, proportionate and in line with NATO’s international commitments. He stressed that “NATO does not seek a confrontation with Russia,” and “NATO Allies remain committed to dialogue with Russia and to transparency in military affairs.”

Another major theme for the Warsaw Summit will be projecting stability beyond NATO’s borders. Stoltenberg highlighted, “We have learned through many years of operations, building local capacity and training local forces is as important as our ability to deploy combat troops.” NATO is helping its partners in the Middle East and North Africa to build stronger defense institutions, to field more capable forces, and to regain lost territory.

The Secretary General also said that to ensure strong deterrence and defense and to project stability NATO needs sufficient resources. He commended Poland for meeting NATO’s target of spending 2% of GDP on defense. “In every Allied capital I visit, I use Poland as an example of what is possible,” he said.

At the Warsaw Summit, the Alliance will also seek a new level of cooperation with its partners, especially the European Union, on issues such as countering hybrid threats, cyber defense and maritime security. “Cooperation between NATO and the European Union – as demonstrated by our deployment in the Aegean Sea – gives a big boost to security in and around Europe,” Stoltenberg said.