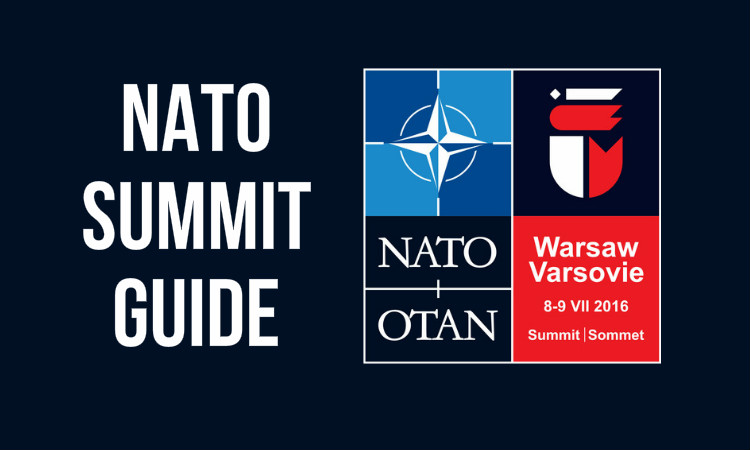 An essential Alliance in a more dangerous world

The Warsaw Summit comes at a defining moment for the security of the North Atlantic Alliance. In recent years, the world has become more volatile and dangerous with Russia’s illegal annexation of Crimea and destabilisation of eastern Ukraine, as well as its military build-up from the Barents Sea to the Baltic, and from the Black Sea to the eastern Mediterranean; turmoil across the Middle East and North Africa, fuelling the biggest migrant and refugee crisis in Europe since World War Two; brutal attacks by ISIL and other terrorist groups, as well as cyber attacks, nuclear proliferation and ballistic missile threats.

NATO is adapting to this changed security environment. It also remains committed to fulfilling its three core tasks: collective defence, crisis management and cooperative security. And, in the Polish capital, the Alliance will make important decisions to boost security in and around Europe, based on two key pillars: protecting its citizens through modern deterrence and defence, and projecting stability beyond its borders.

NATO member states form a unique community of values, committed to the principles of democracy, individual liberty and the rule of law. In today’s dangerous world, transatlantic cooperation is needed more than ever. NATO embodies that cooperation, bringing to bear the strength and unity of North America and Europe.

I. Protecting our citizens

NATO’s greatest responsibility is to protect its almost one billion citizens. NATO will take important steps to modernise collective defence and deterrence, so that it can respond to threats from any direction. NATO does not seek confrontation, but will defend Allies against any threat. Its deterrence aims not to provoke a conflict, but to prevent one. Everything NATO does is defensive, proportionate and in line with its international commitments.

Modern challenges require a modern Alliance, with the resources and capabilities to keep Allies safe. Since the Wales Summit in 2014, NATO has taken a number of important steps to reinforce its collective defence. The NATO Response Force is now three times bigger, with a brigade-sized high-readiness spearhead force at its core; NATO has set up the first six new small headquarters in the eastern part of the Alliance, boosting its ability to plan and exercise, and to reinforce if needed; it continues to augment Turkey’s air defences; it has increased the number of exercises, sped up decision-making and developed a strategy to deal with hybrid threats. The Alliance is also doing more to fight terrorism, develop ballistic missile defence and deliver other key capabilities such as Joint Intelligence, Surveillance and Reconnaissance and Alliance Ground Surveillance, while ensuring that its nuclear deterrence remains credible and effective.

At the Warsaw Summit, NATO will enter the next phase in its adaptation. It will enhance the forward presence of NATO forces in the eastern part of the Alliance with four robust battalions in Estonia, Latvia, Lithuania and Poland; it will take decisions on a tailored presence for the south-east flank and will adopt a framework for NATO’s further adaptation to the challenges emanating from the south. NATO will also enhance resilience, both within Allied countries and collectively, by modernising capabilities, improving civil preparedness, strengthening cyber defences, and ensuring that the Alliance has the right mix of military and civilian capabilities to meet evolving security challenges, including hybrid warfare.

The Summit will also be an opportunity to review and reconfirm the Defence Investment Pledge Allies made in Wales. For the first time in many years, in 2015 NATO registered a small increase in defence spending among European Allies and Canada. Estimates for 2016 indicate a further increase in real terms.

To safeguard security at home, NATO must also project stability beyond its borders. When the Alliance’s neighbours are stable, Allies are more secure.

NATO has a long history of projecting stability: through operations such as Afghanistan and the Balkans; and partnerships with over 40 different partners across the world. NATO has the experience of doing large-scale training; standing political and military structures; and staying-power, which matters for the long-term challenges Allies face.

All Allies contribute to the Global Coalition to Counter ISIL. NATO is looking at how it can provide direct support to the Coalition with AWACS aircraft operating in Alliance territory and international airspace. NATO’s deployment in the Aegean Sea is assisting international efforts to break the business model of human traffickers, by providing real-time information to Greece, Turkey and the European Union’s (EU) border agency Frontex. NATO can also do more to address common challenges and threats in the Mediterranean to complement and support ongoing efforts by the EU and other actors. NATO is converting Operation Active Endeavour into a broader maritime security operation, including supporting situational awareness, countering terrorism and contributing to capacity-building.

NATO has a long-term commitment to Afghanistan’s stability. It will continue the Resolute Support Mission to train, advise and assist the Afghan security forces beyond 2016, and contribute to their funding through 2020, so they can defend their country and push back violent extremism.

NATO is stepping up its capacity-building efforts and cooperation with regional partners. In the fight against ISIL, other terrorist groups and non-state actors, and in addressing the root causes of instability, one of its most effective tools is building the defence capacity of its partners. NATO is training several hundred Iraqi officers in Jordan, and is helping to strengthen the defence sectors of Jordan and Tunisia. It also continues its preparatory work to assist Libya, if requested.

To the east, NATO will continue to boost the defence capabilities and build the resilience of its partners Ukraine, Georgia and the Republic of Moldova to resist outside pressure and to advance reforms. NATO will enhance its strong political and practical support for Ukraine, including with a Comprehensive Package of Assistance. It will strengthen the Substantial NATO-Georgia Package.

NATO will continue to work closely with partners such as Finland, Sweden and Georgia, who have a significant contribution to make to security in the strategically important Baltic Sea and Black Sea regions.

Montenegro’s future membership will enhance stability in the Western Balkans. NATO’s Open Door Policy, together with EU enlargement, have helped to spread stability and prosperity. NATO’s door remains open to European states able to undertake the commitments and obligations of membership, and contribute to security in the Euro-Atlantic area.

III. Cooperation with the European Union

Closer cooperation between NATO and the EU is key to dealing with current and emerging security challenges, from the east and the south and wherever they may arise. The two organisations are complementary. In the Aegean Sea, NATO is working with the EU closer than ever before. Both organisations continue to work together on missions in Afghanistan and Kosovo.

At the Warsaw Summit, NATO will aim for a new level of reciprocal cooperation with the EU, focusing on concrete areas, such as fighting hybrid and cyber threats, supporting partners in defence capacity-building, and increasing maritime security.

IV. An Alliance of shared values

The world is changing, and NATO is changing with it. What remains unchanged is the strength of the transatlantic bond on which NATO is founded, and the solemn commitment of each Ally to the defence of all. The Alliance exists to protect its people, project stability and promote its values.