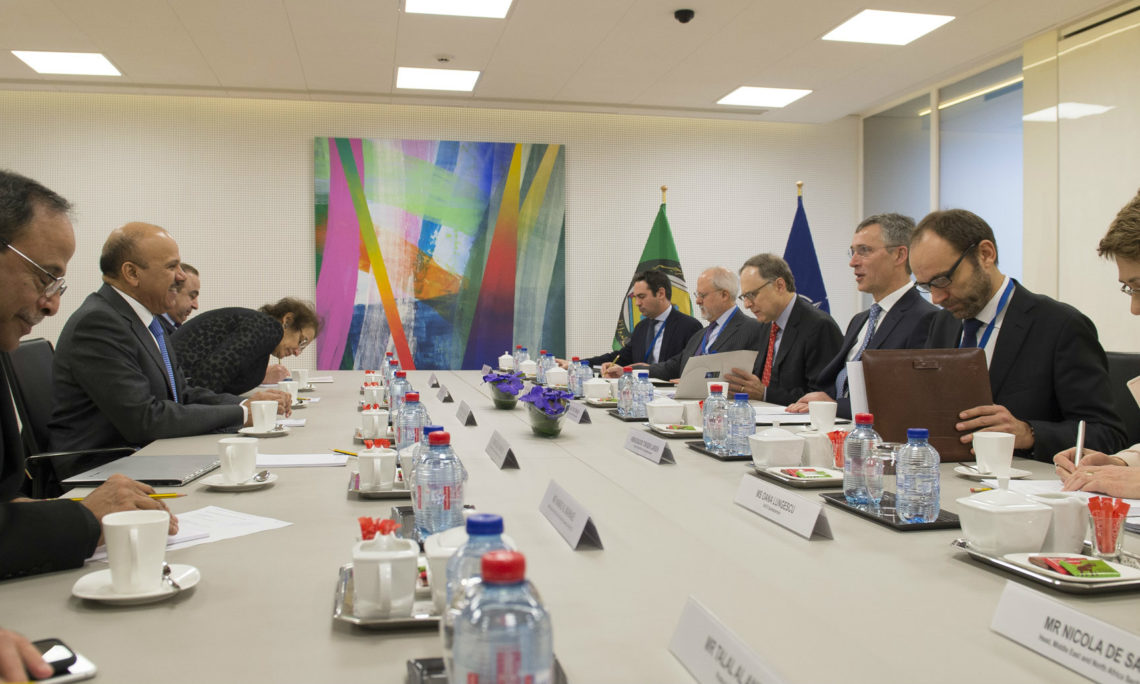 At a special session of the North Atlantic Council, Mr. Stoltenberg welcomed the Gulf Cooperation Council’s important role in contributing to regional stability, and thanked Dr. Al Zayani for his personal engagement with the Alliance. The Secretaries General and Allied ambassadors exchanged views on the regional security situation, and discussed reinforcing ties between NATO and the Gulf Cooperation Council with more regular staff contacts and political dialogue as a first step.

NATO places high importance on building cooperation with Gulf States. The Alliance has already developed political dialogue and practical cooperation with four out of six Gulf Cooperation Council members (Bahrain, Kuwait, Qatar, and the United Arab Emirates) through the Alliance’s Istanbul Cooperation Initiative, which was launched in 2004.