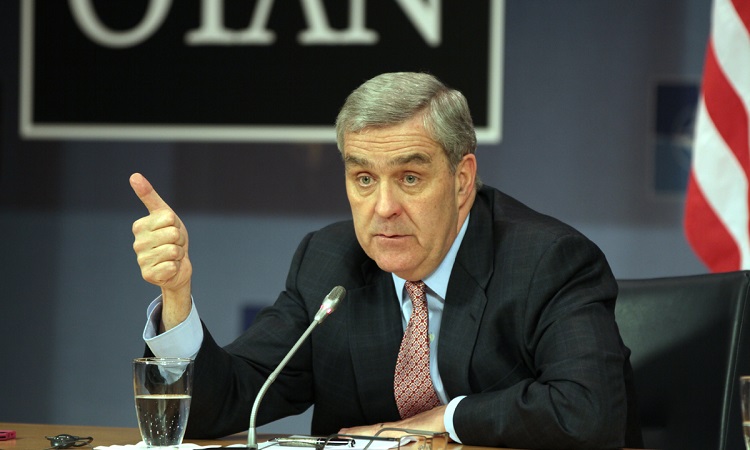 By Douglas E. Lute, the U.S. Ambassador to NATO

BRUSSELS — Americans will always remember Sept. 11, 2001. Fifteen years later, the feelings of confusion, shock and loss from the deadly attack on our country are still vivid. But the next day, Sept. 12, 2001, was also historic. That was the day America’s staunchest allies stood with us in solidarity, ready to respond in America’s time of need. It was the day when our then 18 NATO allies invoked, for the first and only time in history, Article 5 of the Washington Treaty, the clause that declares that an attack on one nation is an attack on all.

When the treaty was signed in Washington 52 years earlier by the United States and 11 other nations, Europe lay devastated by the second world war in a generation. Article 5 provided Europe an insurance policy against yet another world war and domination by the Soviet Union. The hope was that Article 5 would deter conflict, but the assumption was that if it were ever invoked, the United States would again come to Europe’s defense.

Instead, on Sept. 12, 2001, it was America’s closest friends across the Atlantic and Canada who pledged to help us respond to a very different type of attack. While the circumstances of Al Qaeda’s 2001 attacks on the United States were unforeseen in 1949, the alliance performed as intended.

R. Nicholas Burns, the United States ambassador to NATO at the time, recalled the moment when the leaders of the alliance stood together in the Brussels headquarters and unanimously declared that America had suffered an armed attack and that all were prepared to provide assistance. “When we needed allies the most, they were there for us,” Mr. Burns said. “The invocation of Article 5 demonstrated the power of the collective, versus the strength of one country trying to stand alone.”

Fifteen years later, NATO is a very different organization. The alliance now has 28 members and a 29th country, Montenegro, has been invited. It also has some 40 other countries as affiliated partners. For decades NATO’s military operations have promoted stability in Europe and beyond, especially in Afghanistan, where the allies have lost more than 1,000 soldiers. NATO’s combat-proven forces join new systems and programs, including rapid response formations, ballistic missile defense and cyberdefense. The alliance today is much different from the NATO of the Cold War, or even of 2001.

But throughout the past nearly seven decades, the commitment to Article 5 remains at NATO’s foundation. At a recent summit meeting in Warsaw, as Europe was confronting new security problems to the east and the south, President Obama reiterated our commitment to Article 5 and reminded our allies that NATO was reinforcing collective defense. In perhaps the most quoted phrase of the meeting, he said, “In good times and in bad, Europe can count on the United States — always.”

At the gathering, NATO leaders agreed to heightened deterrence measures along the eastern flank from Estonia to Bulgaria, backed up by response forces ready to move in a few days. They also reaffirmed support for the mission in Afghanistan, agreed to provide training to Iraqi forces, and expanded the alliance’s maritime presence in the Mediterranean in the face of the refugee crisis.

When the end of the Cold War altered the map of Europe 25 years ago, NATO adapted. When terrorists struck the United States in 2001, NATO adapted. Another round of adaptation is underway today as the alliance confronts an aggressive Russia and projects stability beyond the borders of its member states.

This history, this adaptation, this long-term investment in the alliance are underpinned by members’ commitment to Article 5. Each ally knows that if attacked, it will not stand alone — for all 28 allies, that is a commitment worth investing in.

Friends prove their friendship in times of need. Very early on the morning of Sept. 12, 2001, a senior American officer was surprised to find an Italian military officer on duty in full uniform at his desk at NATO headquarters, which had been evacuated because of an assessed threat. When asked why he was there, the Italian officer snapped to attention. “Sir, your country saved Europe twice during the last century,” he told the American. “The least I can do on this day is to be on duty.”

Later that day, 24 hours after the Sept. 11 attacks, our allies formally proved their commitment by invoking Article 5. Just as America had stood with Europe through two world wars, the Marshall Plan, the Cold War and beyond, on our darkest day Americans did not stand alone. Condoleezza Rice, then the national security adviser, wrote in her autobiography that when Mr. Burns called to give her the news, the White House was still trying to understand who was responsible and what we should do next. As she hung up the phone she thought to herself, “It’s really good to have friends.”

This op-ed originally appeared in The New York Times.