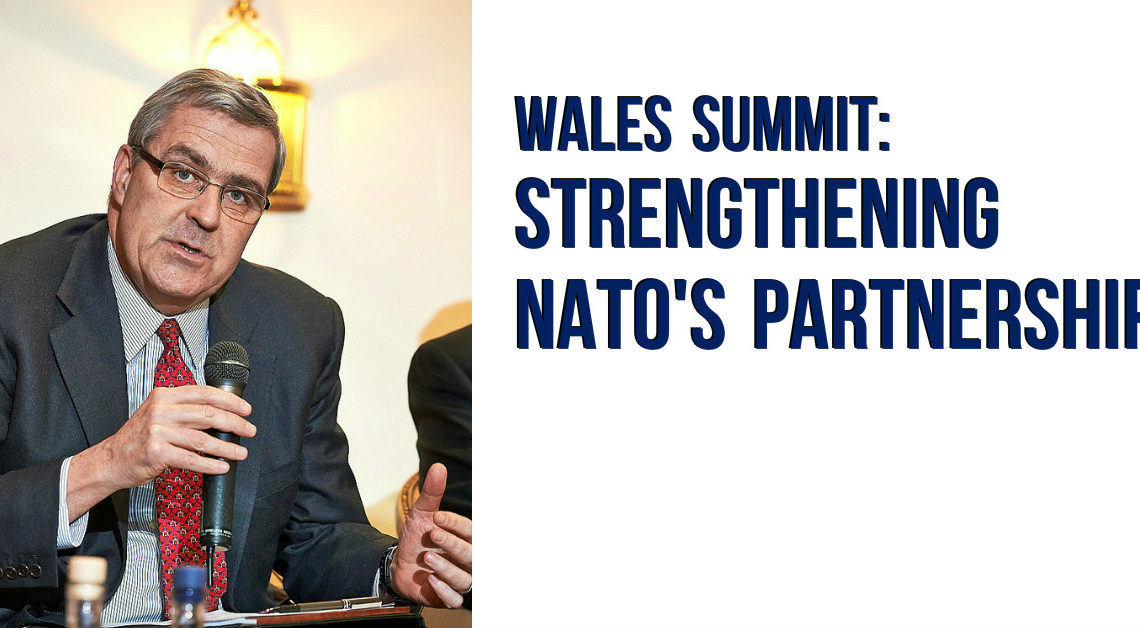 In 2014, NATO confronts diverse and complex challenges on its periphery.  From Russia’s aggression in Ukraine to the emergence of the terrorist group known as ISIL to unrest in Northern Africa, NATO faces instability on its flanks.  At the NATO Summit this September, NATO’s 28 leaders assessed these threats and took decisions to adapt the Alliance to current challenges and to prepare for the future.  As NATO adapts to today’s – and tomorrow’s – security environment, partnerships are more crucial than ever in NATO’s role as the world’s strongest, most durable security alliance.  Extending beyond the 28 Allies, NATO’s network of more than 40 partners around the world is a key contributor to global stability and security.  At the Summit, NATO introduced several initiatives to enhance the capacity of its partners to work with the Alliance and to contribute to greater stability well beyond the Alliance’s borders.

Over the past 20 years, NATO has accepted requests from countries to open mutually beneficial partnerships.  Today, NATO’s network of partners extends from North Africa to Asia, and from the High North to the Middle East.  NATO partnerships are a “two-way street.”  Partners contribute meaningful military capabilities to a range of NATO operations, such as in Afghanistan and Kosovo.  NATO also benefits from increased political and cultural diversity; partners bring to NATO the perspectives of countries in Africa, Asia, and the Middle East, enriching NATO’s understanding of these regions.  In return, NATO partners gain access to world-class military training, exercises and education, and a seat at the NATO table in political dialogue on shared interests.

NATO’s mission in Afghanistan is a vivid illustration of the value of NATO partners.  Thirteen years into the NATO operation, 50 nations have contributed to the NATO-led coalition — 28 Allies and 22 partners.  This mission, the largest and longest combat mission in NATO’s 65-year history, reflects NATO’s staying power, which is amplified by partners in a diverse yet cohesive team working to a common end.  Operating side-by-side for more than a decade in countless repetitions of military tasks, NATO Allies and partners have achieved unmatched interoperability.  This coalition cohesion and military effectiveness will carry over as the mission in Afghanistan transitions at the end of this year from a combat mission to a train-advise-assist mission.

At the Summit, NATO leaders highlighted the need to preserve these benefits of partnerships beyond today’s operations.  They adopted two new initiatives to re-invest in partnerships: the Enhanced Opportunities Partners program and Defense Capacity Building initiative.

The Enhanced Opportunities Partners program deepens NATO’s cooperation with its most interoperable partners.  NATO leaders launched the program at Wales with five key partners – Australia, Finland, Georgia, Jordan, and Sweden – each of which self-selected to join the program based on their significant contributions to NATO operations and exercises.  Allies agreed to expand how these select partners may choose to work with the Alliance, such as through assured approval for select NATO exercises, pre-recognition as potential contributors to NATO operations, the possibility to fill more staffing positions at NATO Headquarters, and enhanced political dialogue.  Allies also emphasized that this program can expand beyond these five partners, as other qualified partner nations express interest.

The second initiative, Defense Capacity Building, leverages NATO’s expertise in advising and assisting nations with defense and security reforms, thereby exporting stability and security beyond NATO’s borders.   This initiative will focus on building partner nations’ defense capacity and strengthening security institutions through training, education, exercises, and targeted advice.  Defense Capacity Building will enhance regional stability by strengthening partners’ ability to defend against external threats while building credible, transparent and effective national security systems.   Georgia, Jordan, and Moldova have requested to be the inaugural participants in this program, and will receive prioritized NATO assistance.  Allies also reaffirmed their readiness to provide support to Libya, as political and security conditions permit.

Instability on NATO’s periphery puts a spotlight on the value of NATO partnerships.  Two decades of experience demonstrates how our partners’ unique capabilities, regional experience, and political support contribute to Alliance security.  It’s simple: NATO is stronger, more ready and more able to meet global security challenges with our network of partners.  By re-investing in its partners, NATO can enhance its role as the hub of a global security network, projecting stability and prosperity in the trans-Atlantic region and beyond.