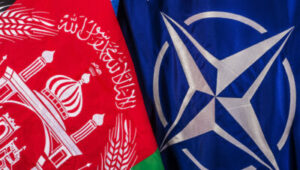 Brussels, Belgium – The North Atlantic Council today issued a statement calling on all parties in Afghanistan to resolve outstanding demands and push forward with intra-Afghan peace talks.  U.S. Ambassador to NATO Kay Bailey Hutchison urged the Taliban and the Afghan government to deliver a resolution for the Afghan people.

“The new era for Afghanistan must start with Afghans coming together,” Ambassador Hutchison said.  “We expect intra-Afghan negotiations to put an end to violence, protect the human rights of all Afghans, and ensure Afghanistan never again serves as a safe haven for terrorists.”

Today’s statement, which was agreed to by all 30 NATO Allies, re-affirms NATO’s longstanding commitment to Afghanistan, the Afghan people, and the Afghan security forces, with whom NATO and its partners continue to serve shoulder-to-shoulder.  The Allies note that any military withdrawal would be conditions-based and consistent with the U.S.-Taliban agreement and the U.S.-Afghanistan Joint Declaration.

Ambassador Hutchison said a reduction in violence is needed, calling on the Taliban to exercise the same restraint they showed earlier this year during a three-day ceasefire marking the end of Ramadan.

“Afghanistan is on the cusp of a historic peace,” Ambassador Hutchison said.  “All parties need to seize this opportunity and give the Afghan people the peace they have long deserved.”

For additional information or to request interviews, please contact U.S. Mission to NATO Spokesperson Jeff Adler at adlerjd@state.gov or +32(0)475-708-611.