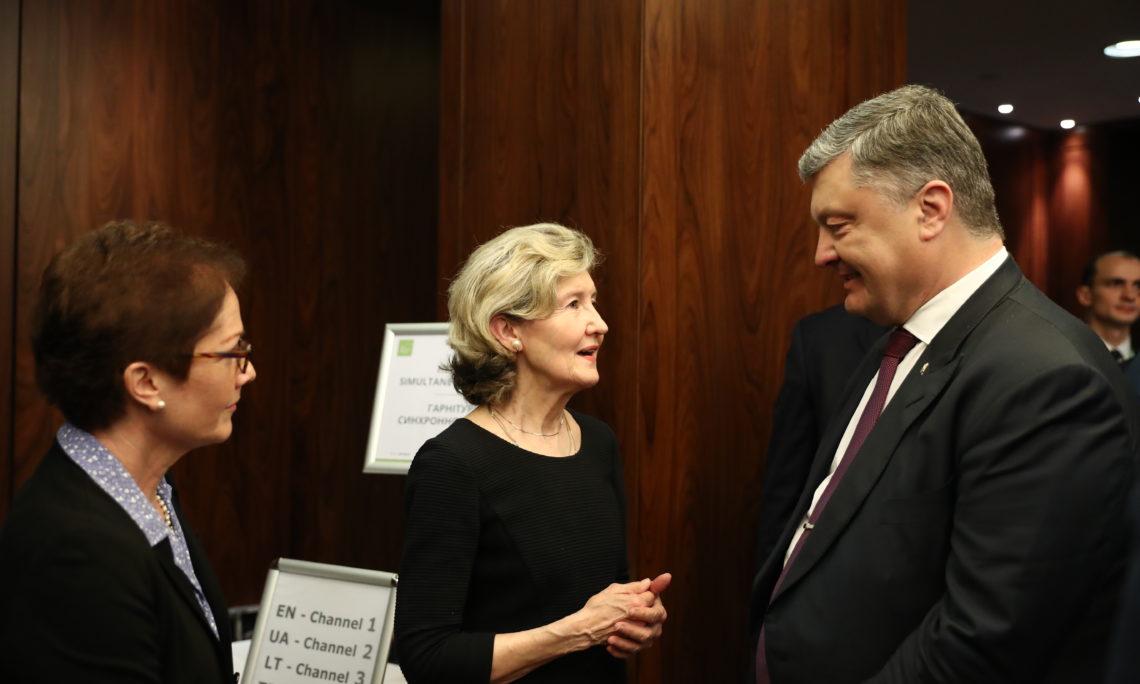 Ambassador Hutchison participated in the Kyiv Security Forum and spoke on a panel focused on Ukraine’s partnership with NATO.  In her remarks, the Ambassador reaffirmed U.S. support for NATO’s Open Door policy and welcomed Ukraine’s membership aspirations.  “Accession to NATO membership is a long one for many countries,” the Ambassador said.  “The Annual National Program is the next step NATO and Ukraine can do together.”  She welcomed Ukraine’s progress in defense and democratic reform, and urged the country to “stamp out corruption.”

The Ambassador met with Ukrainian President Petro Poroshenko and underscored U.S. and NATO commitment to Ukraine’s sovereignty and territorial integrity.

The Ambassador concluded her trip by visiting the Maidan Memorial where she tied a ribbon of remembrance in memory of the scores of brave Ukrainians who gave their lives for the dream of a better Ukraine in 2014.