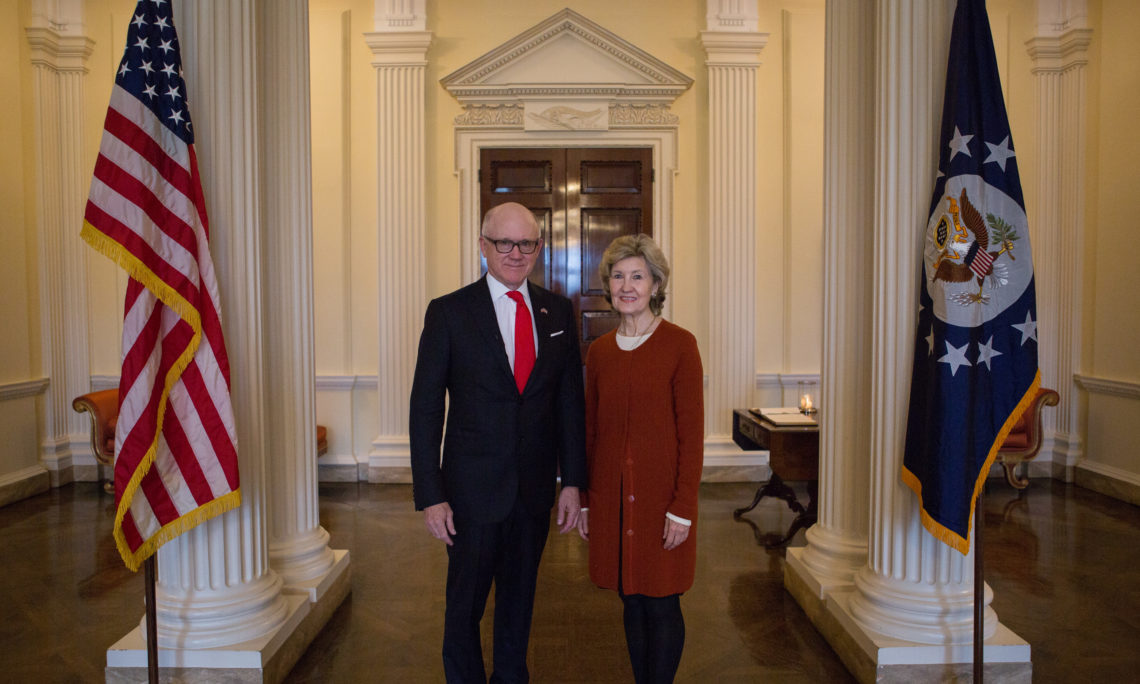 Ambassador Hutchison joined U.K. Permanent Representative to NATO Ambassador Sarah MacIntosh at the Royal United Services Institute in discussing priorities for the Alliance in advance of the July NATO Summit in Brussels.  She expressed solidarity with the U.K. following the use of a military-grade nerve agent on British soil last month and credited British leadership in marshalling the international response.  The Ambassador stressed the importance of burden sharing to ensure the Alliance has the right tools and resources to defend its citizens and counter any adversary and commended the U.K. for fully meeting the Wales pledge on defense investment.  “We are facing a huge threat for all of our NATO countries,” she said, “and we must meet that threat with strength and unity.”  The two ambassadors later met with British diplomats at the Foreign and Commonwealth Office’s Diplomatic Academy where Ambassador Hutchison highlighted the important work of the Alliance.

The Ambassador met with U.S. Ambassador to the United Kingdom Robert Wood Johnson and they mutually underscored the special relationship between the people of the United States and the United Kingdom.  She accompanied Ambassador Johnson and HRH Prince Harry in supporting the launch of “Walk of America,” a joint expedition of wounded U.S. and U.K. veterans who will walk over 1,000 miles across the United States this summer. Commenting separately on the endeavor, Ambassador Hutchison said, “I echo Prince Harry’s sentiments that our two nations have fought together and we should heal together.  It is this solidarity of brotherhood and sisterhood we see across the NATO Alliance, whether in Afghanistan, Kosovo, or in defending NATO territory in the Baltic region.”

The Ambassador separately met with senior Ministry of Defense officials and U.K. Chief of Defense Air Chief Marshal Sir Stuart Peach.  She congratulated the Air Chief Marshal on his recent appointment as the next NATO Chairman of the Military Committee and welcomed the continued and growing leadership role the U.K. plays in the strengthening of the NATO Alliance.