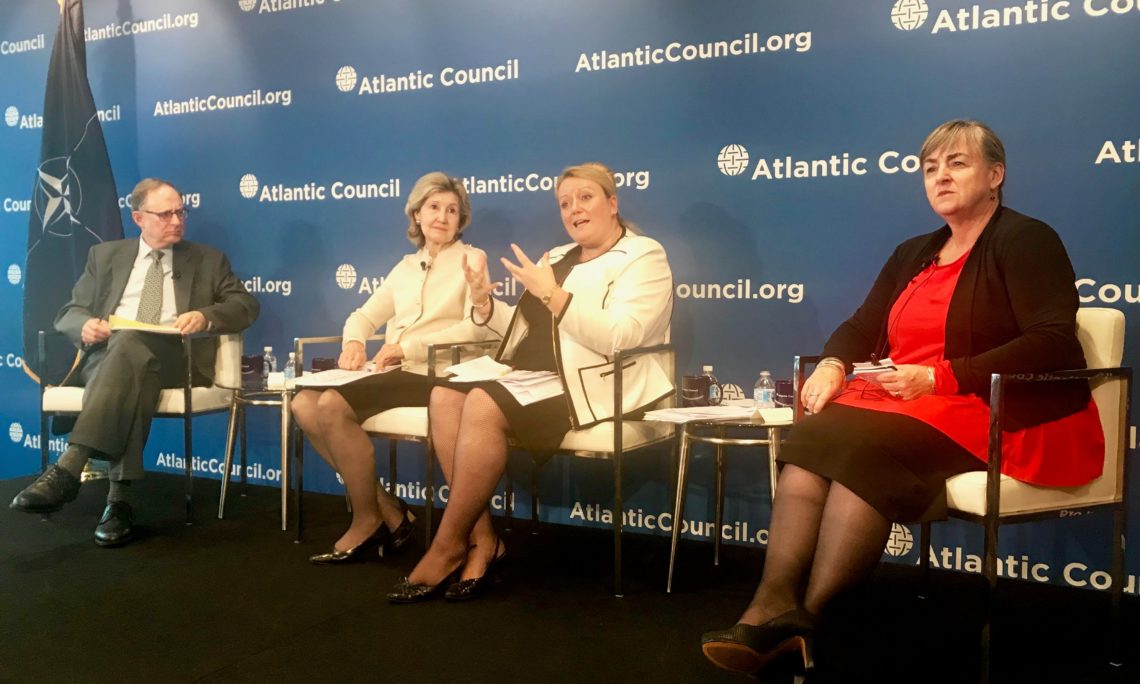 Canada’s Ambassador to the United States, David MacNaughton, hosted a dinner in honor of the Ambassadors with think tanks and government officials to reiterate the importance of NATO’s contributions to international peace and security.

In a joint press conference at the State Department’s Foreign Press Center, the Ambassadors emphasized the strength and unity of NATO and how it is quickly adapting to meet shared security threats.  Ambassador Hutchison stressed America’s enduring commitment to NATO – a security umbrella that has been “the most important and most successful security Alliance in the history of the world.”

The Atlantic Council and the Wilson Center jointly hosted a panel discussion entitled “The Road to NATO’s Brussels Summit.”  In her remarks, Ambassador Hutchison underscored, “When it comes to the goals of NATO, when it comes to what we know we have to do for our common defense, our security blanket, our security umbrella, we are one.”  Each Ambassador additionally noted progress made by Allies in increasing defense spending and investment in support of NATO objectives, including an additional $46 billion spent on defense by Canada and European Allies since 2014, the largest increase in 25 years.

The Ambassadors joined the Center for a New American Security’s podcast “Brussels Sprouts” to preview key issues the Alliance will address during the NATO Summit in Brussels this July.  The podcast is scheduled to air May 30.