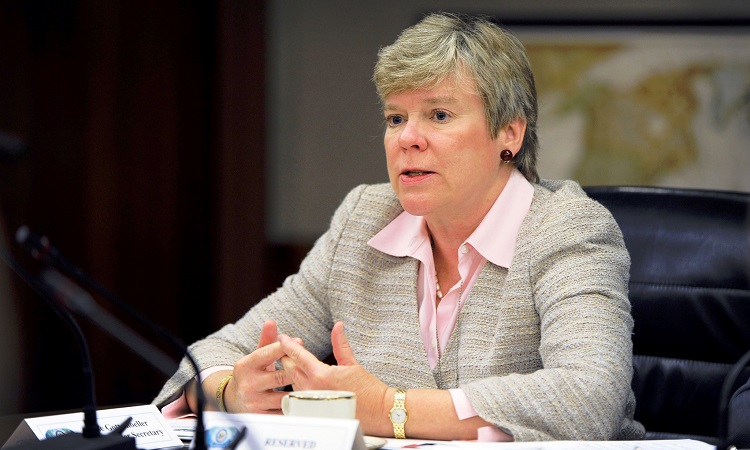 Ms. Rose Gottemoeller took up her post as NATO’s Deputy Secretary General – the Alliance’s second most senior international civil servant – on Monday (17 October 2016). Ms. Gottemoeller most recently served as US Under Secretary for Arms Control and International Security, advising the Secretary of State on arms control, non-proliferation and political-military affairs.

Ms. Gottemoeller brings a wealth of experience in international security policy to her new role. She served as the chief US negotiator of the New Strategic Arms Reduction Treaty (New START) with the Russian Federation, which entered into force in February 2011. She has also held senior posts at the US Department of Energy, and leadership roles at the Carnegie Moscow Center and the International Institute for Strategic Studies in London.

Ms. Gottemoeller is the first woman to serve as NATO’s Deputy Secretary General, and succeeds Ambassador Alexander Vershbow of the United States, who held the post from February 2012.