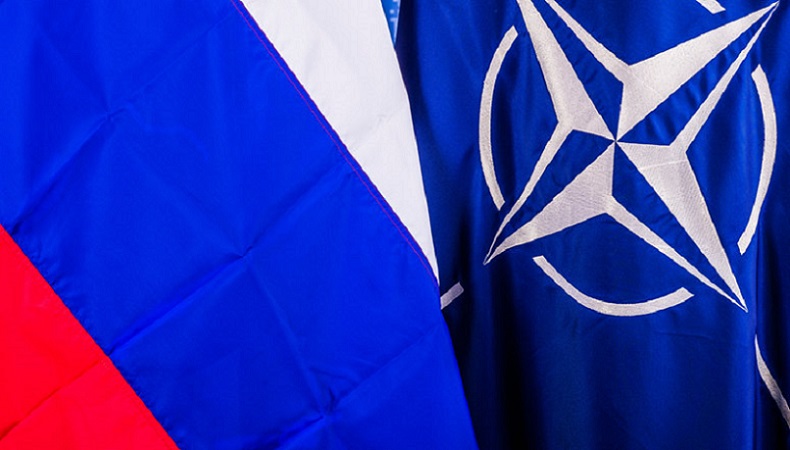 I have just chaired a meeting of the NATO-Russia Council.

We had a frank and substantial discussion on issues of importance to our common security.

In times of tension, dialogue is more important than ever. So we remain committed to dialogue. And we will continue to keep channels of communication open.

The first topic we discussed was the crisis in and around Ukraine.

Allies and Russia have profound disagreements on the crisis.

Allies do not, and will not, recognise Russia’s illegal and illegitimate annexation of Crimea.

The situation in eastern Ukraine also remains of deep concern.

Ceasefire violations have reached record levels in recent months. Heavy weapons have not been withdrawn. And OSCE monitors have repeatedly become targets.

The Minsk Agreements provide a plan for the settlement of the conflict in eastern Ukraine. All signatories should fully comply with their commitments. And Allies called on Russia to use its considerable influence on the militants to meet their commitments in full.

We also discussed the security situation in Afghanistan, including the regional terrorist threat.

Supporting Afghan forces to provide for their country’s security remains crucial. That is what NATO and our partners are doing. With training and funding.

Because a stable Afghanistan is in everyone’s interest. So all outside actors need to play a constructive role in supporting the National Unity Government to stabilise Afghanistan.

Finally, we turned to military activities, transparency and risk reduction.

Behaving responsibly and predictably reduces the risk of misunderstanding, miscalculation, and unintended escalation.

As a result of our discussion at the NATO-Russia Council in July, we had briefings by representatives of the Baltic Sea Project Team and the International Civil Aviation Organization. Their work has made an important contribution towards improving air safety over the Baltic Sea.

I welcome Finland’s initiative to host a technical-level meeting to take this work forward in the new year, supported by the International Civil Aviation Organization.

The meeting will review the implementation of the recommendations made by the Baltic Sea Project Team. And it will assess whether any further work needs to be done.

It is important that we all follow the rules that are already there. Behave responsibly and safely. And engage in good airmanship at all times.

Russia also gave us a briefing on the recent KAVKAZ-2016 exercise. And NATO gave a presentation on Exercise Trident Juncture 2016.

Transparency on military exercises is essential. In the OSCE, 57 nations – including all NATO Allies and Russia – have agreed on rules governing military activities in Europe. Including the observation and notification of exercises.

Today, Allies raised particular concern over the excessive use of snap exercises. These are destabilising, and do not improve the overall climate of our relations.Many around the table called for the members of the NATO-Russia Council to contribute at the OSCE to updating the Vienna Document on military exercises and activities.

So this was the third time the NATO-Russia Council has met this year.

Allies and Russia hold different views. And our meeting does not indicate a return to business as usual.

But without talking, we cannot solve our differences and improve mutual understanding.

NATO does not seek confrontation and poses no threat. Everything we do – including strengthening our presence in the east of the Alliance – is defensive, proportionate and in line with our international commitments.

NATO’s goal is, and remains, to protect our allies, prevent conflict and preserve the peace.