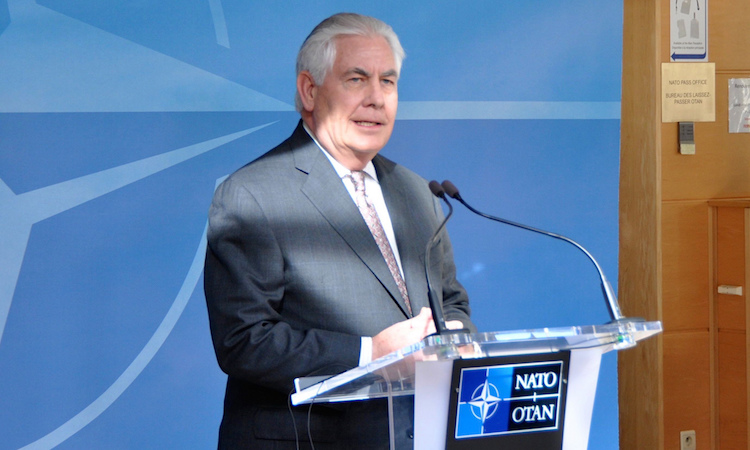 Good morning, all. Well, I’m very pleased to be in Brussels for this meeting and discussions with my NATO colleagues. I think we have three important areas we want to talk about. First is ensuring that NATO has all of the resources, financial and otherwise, that are necessary for NATO to fulfill its mission. Secondly, we want to discuss how we can build on NATO’s already important involvement in the fight to defeat ISIS and other counterterrorism actions that NATO can provide, and ultimately bring stability to the Middle East. And lastly, we want to obviously have a discussion around NATO’s posture here in Europe, most particularly Eastern Europe, in response to Russia’s aggression in Ukraine and elsewhere. And lastly, of course, we’ll be developing the agenda for the important May NATO meeting of our NATO member country leaders.