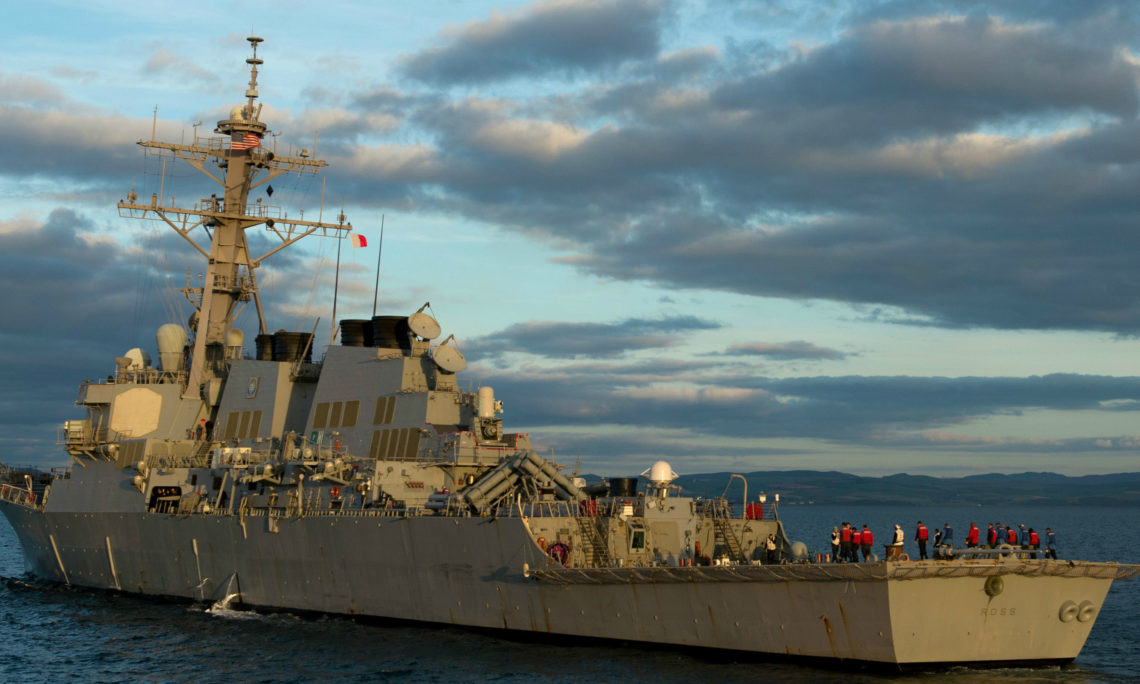 This is first time a Standard Missile-3 (SM-3) Block IA guided interceptor was fired on a non-U.S. range and the first intercept of a ballistic missile threat in the European theater.

For the scenario, a short-range Terrier Orion ballistic missile target was launched from Hebrides Range and was inflight simultaneously with two anti-ship cruise missiles fired at the coalition task group. Ross fired a SM-3 and successfully engaged the ballistic missile target in space. In its air defense role, USS The Sullivans (DDG 68) fired a SM-2, which is the first time a SM-2 was fired on the Hebrides Range.

“ASD-15 shows that with communication, collaboration and commitment nations can come together and flawlessly defend against a complex threat scenario.”

Integrated Air and Missile Defense (IAMD) is a process by which coalition ships and aircraft share information with each other to better defend themselves and coalition related assets against ballistic missile attacks.

There are a number of firsts associated with this event including:

This test demonstrates the commitment of the United States to the defense of Europe through our four Aegis ships forward deployed to Rota, Spain, and shore station in Romania.

The Maritime Theater Missile Defense forum was established in 1999 as a co-operative body for participating navies to develop improved cooperation and promote interoperability in sea-based missile defense.